First half of 2018: Further rise in net profit; delayed sales/EBIT to be made good in second half 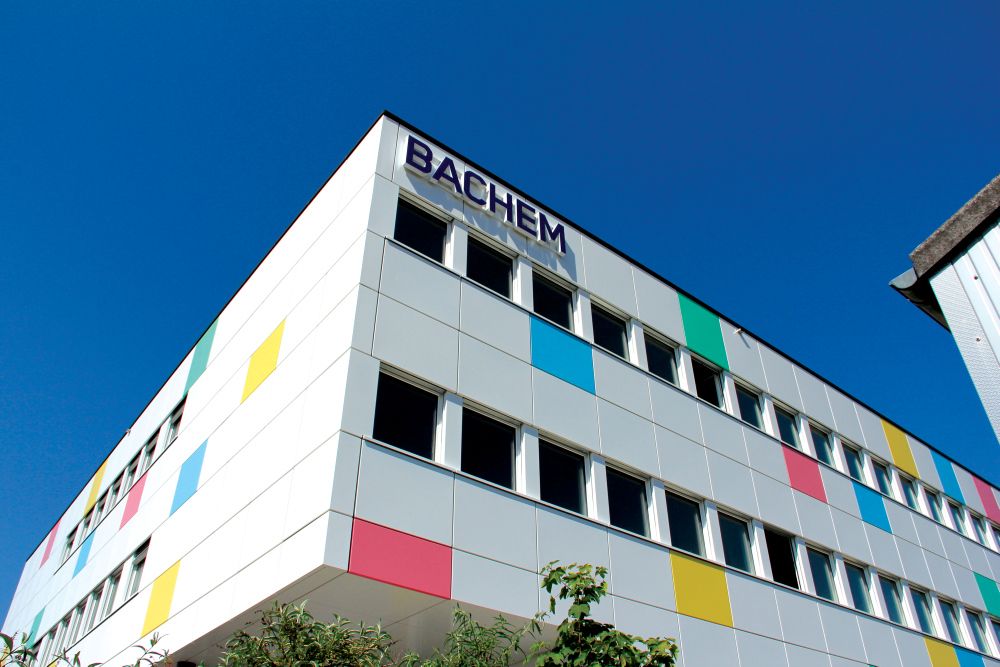 Bubendorf/Basel, August 24, 2018 – Owing to project delays, the Bachem Group (SIX: BANB) posted a 7.2% decrease in net sales to 110.9 million CHF for the first half of 2018 (H1 2017: 119.5 million CHF). A marked increase in the second half of the year is expected to make up for this. Exchange rate movements had only a marginal impact. Sales in local currencies were 7.6% down on the first half of 2017. Sales of generics amounted to 44.1 million CHF, below the strong prior year’s reference figure (52.0 million CHF). The research chemicals business unit delivered a solid performance in a challenging, highly competitive market environment. Sales of catalog products and custom synthesis products held steady at their new benchmark level. At mid-year, sales of New Chemical Entities (NCEs) were below the year-ago figure (–7.6% in local currencies) due to various delays in the clinical development of customer projects. As expected, the shift of sales to the second half described above impacted on the operating result. Operating income (EBIT) declined year-on-year by 3.4 million CHF to 18.0 million CHF in the first half of 2018. At 16.2%, the EBIT margin on the reference date likewise remained below that of the prior year period (H1 2017: 17.9%). The main causes were the higher cost base compared to the previous year and the delayed contribution margins due to project postponements. Supported by a positive foreign exchange result, net income came to 16.5 million CHF in the first half of 2018 (H1 2017: 15.8 million CHF).