MEET US AT COSMETECH IN TOKYO

Toxic peptides can be used to selectively block ion channels with the aim to study them or to distinguish their functions from other, not channel-dependent physiological processes. The specific and tight binding of toxins moreover can be utilized for the labeling of ion channels in fluorescence microscopy. For this purpose, either biotin-conjugated toxins, labeled with fluorophore-conjugated streptavidin or fluorophore-toxin conjugates can be used [1] (Figure).

Cav channels modulate the efflux of calcium in response to membrane depolarization, and are integral to the membranes of excitable cells. Physiologically, the influx of Ca2+ through membranes has a twofold function, since the Ca2+ ions do not only alter the membrane potential, but also trigger a variety of Ca2+ dependent processes. Accordingly, Cav channels are attributed to several disease patterns, for example to the neurological disorders epilepsy, migraine, and chronic pain [2].

The toxin-specificity of Cav channels depends on the subtype. While Cav2.1 channels can be efficiently blocked with ω-agatoxin IVa, isolated from American funnel web spider venom, Ca2+ flow through Cav2.2 channels can be selectively inhibited using ω-conotoxins GVIA, MVIIA and MVIIC, isolated from the venoms of marine fish-hunting cone snails [1, 2].

Cone snails in general are very interesting species in respect to pharmacologically potent toxins: Each species of cone snails produces more than 1000 conopeptides. So far, only about 0.1 % of them have been pharmacologically characterized, yet many of them with identified clinical potential [3].

Toxic peptides from diverging species exert their blocking effect on Kv channels in different modes: Toxins from scorpions, sea anemones, snakes and cone snails in most cases bind to the outside of the channel and insert a lysine side chain into it, which occludes the channel like a cork in a bottle. In contrast, spider toxins like hanatoxin interact with the voltage sensor domains and stabilize the closed state of the channels [4].

The channel Kv1.3 is an example of how toxins like margatoxin (scorpion) or Stichodactyla neurotoxin (sea anemone) can modulate Ca2+-dependent cell signaling: Blocking of Kv1.3 channels leads to a depolarization of the T-cell membranes, thus decreasing the driving force for Ca2+ influx through other channels. Since T-cells are not able to compensate the reduced Ca2+ influx, after a cascade of events, this ultimately leads to reduced cytokine secretion and T-cell proliferation [4, 5].

A study using toxin-mediated specific channel labeling is shown below (Figure): An adult frog neuromuscular junction had been stained with biotinylated ω-conotoxin (Bachem product H-6132) and then visualized by exposure to streptavidin Alexa Fluor 488® (green). This toxin localizes the presynaptic N-type calcium channels within active zones of this neuromuscular synapse. In red, an Alexa Fluor 594® conjugated α-bungarotoxin is used as a counter stain for postsynaptic acetylcholine receptors. This toxin staining demonstrates that presynaptic calcium channels and postsynaptic acetylcholine receptors are aligned in their positioning within the synapse. 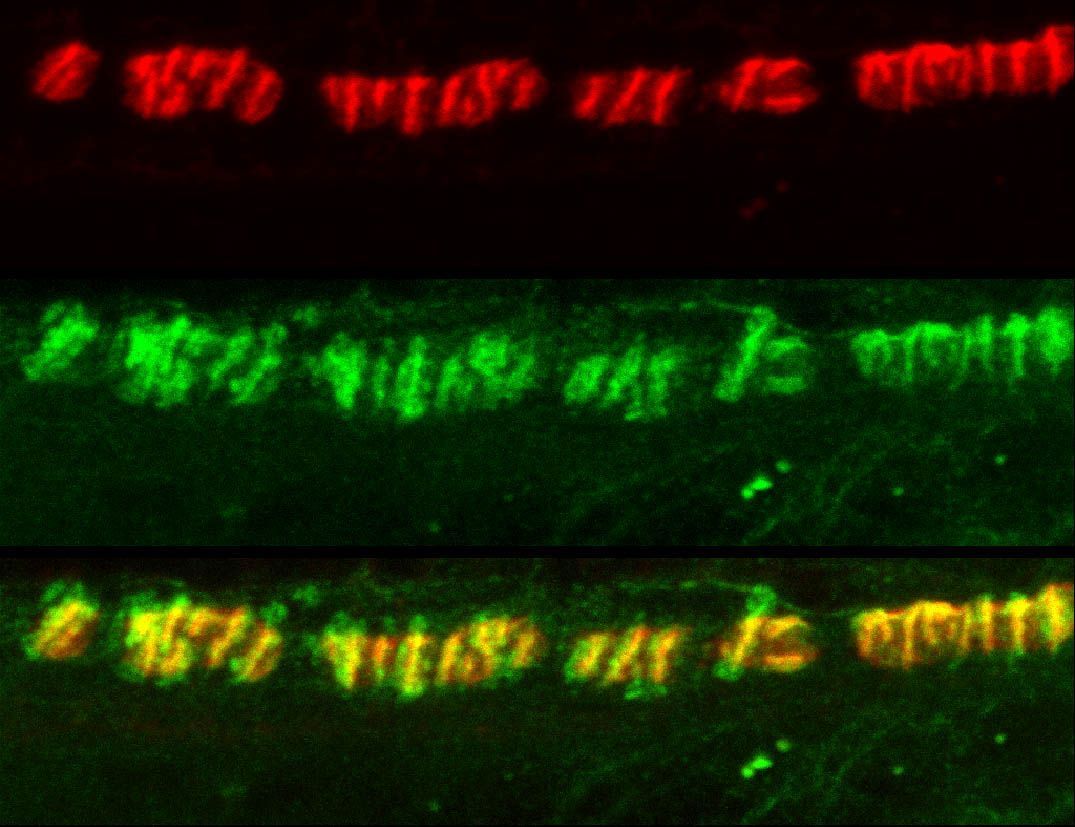 A number of toxins are used to investigate the functions of receptors. Thereby, many toxins act on G-protein coupled receptors (GPCRs), which fulfill about 80 % of the signal transduction across cellular membranes and are drug targets of remarkably high relevance [6].

Mammalian endothelins, the endogenous activators for a family of GPCRs, are highly potent vasoconstrictors. In addition, the endothelin system plays an important role in pain, hypertension, atherosclerosis, cancer and inflammation. Sarafotoxins, discovered in the venom of burrowing asps of the genus Atractaspis, have high structural similarity with mammalian endothelins and function as efficient and selective agonists for endothelin receptors [7].

Other examples for toxic peptides acting on GPCRs are exendin-4 or exenatide, an FDA-approved synthetic drug derived from it. Exendin-4 was isolated from the venom of the lizard Heloderma suspectum. Exendin-4 and exenatide activate glucagon-like peptide-1 (GLP-1) receptors and thus stimulate insulin secretion, slow gastric emptying, and inhibit the production of glucose by the liver. Since exendin-4 (exenatide) is resistant to degradation by the enzyme dipeptidyl peptidase 4, it is of high therapeutic value in the treatment of diabetes [8].

Like the ion channel blocking conotoxins, conopressins were found in the venom of fish-hunting cone snails. Conopressins show structural and functional similarity to the peptide hormone vasopressin, which physiologically activates three subtypes of GPCRs. Conopressins could be beneficial for the development of vasopressin or oxytocin receptor antagonists with tailored selectivity [3].

A number of bee and wasp toxins have effects, which are of substantial scientific interest. Melittin for example is a surface-active, highly cytolytic peptide, making up about 50 % of the peptide fraction in the venom of the European honey bee Apis mellifera. Melittin is extensively used for monitoring mechanisms of pore formation and lipid–protein interactions in membranes. Melittin also induces histamine release, presumably by lysis of mast cells, and potentially has anti-viral activity [9, 10].

Mast cell degranulating peptide (MCD or MCDP), also found in European honey bee venom, has antagonistic immunological properties: It is a powerful anti-inflammatory agent, but also induces mast cell degranulation and hence inflammation. In addition, MCD has been shown to function as a neurotoxin with the ability to block a certain class of Kv channels, and to have a cardiovascular effect with the potential to significantly lower blood pressure [10].

Mastoparans, isolated from the venoms of several wasp species, can increase the lipid bilayer permeability for hydrophilic molecules and can form pore-like lesions in lipid membranes [11]. They furthermore promote secretion from mast cells by interacting with intracellular, trimeric G-proteins, thus mimicking the action of activated GPCRs [11, 12]. Other effects conferred by wasp toxins include vascular smooth muscle contraction (mastoparan-7) [13] as well as potential anti-tumor properties (mastoparan-7 and polybia) [13, 14].

Actin filaments are involved in intracellular transport, secretion, cellular motility and cancer transformation in eukaryotic cells. Phalloidin, a bicyclic poisonous heptapeptide of the mushroom Amanita phalloides, tightly binds to F-actin. This is beneficial for the visualization of actin in light microscopy: Binding of phalloidin stabilizes actin filaments against harsh experimental treatment, which facilitates sample preparation. In addition, actin filaments can be stained very specifically with fluorophore-conjugated phalloidins [15].

For experimental work, a broad offering of catalog peptides including numerous natural, conjugated, or modified toxic peptides can be purchased from stock or are commercially available as custom peptides. This significantly improves the availability of the toxins for bench scientists and is of great value for obtaining meaningful and reproducible results in shorter time.

Peptide toxins found in the venom of a diverse range of animals such as spiders, amphibians, scorpions, insects and marine life are an attractive source of drug candidates due to their high specificity and potency for their molecular targets. The first venom-derived peptide drug, Capoten® (captopril) based on a venom peptide from the deadly Brazilian viper Bothrops jararaca, was approved by the U.S. Food and Drug Administration over thirty years ago for the treatment of hypertension. Additional venom-derived drugs have been approved over the years and the first venom-derived painkiller, Prialt® (ziconotide) based on a venom peptide from the marine cone snail Conus magus, was approved in 2004. Another successful venom-derived peptide is Byetta® (exenatide), a synthetic version of a peptide from the saliva of the Gila monster Heloderma suspectum. Researchers have just started to tap into the potential of peptide venoms as a source of drug leads. It is estimated that there are over 20 million toxins in more than 100,000 venomous animal species that remain to be explored (1).

There are several peptide toxins currently in various clinical phases of development for the treatment of autoimmune disorders, cancer, diabetes and other conditions as shown in Table 1.

How long have you been with Bachem? Where did you work before Bachem?
I have been working for Bachem since July 2016. Before Bachem I was working as a sales rep for Roche in the area of Munich.

I studied chemistry in Erlangen-Nuremberg, Germany and did my PhD in organic chemistry with focus on dyes.

Whenever it is possible I like to spend my time in the mountains. During summer time I love to go climbing or do alpine tours and in wintertime I do a lot of skiing, ski tours or simply built a snow man J.

The variety, every day is different and I am working in a close collaboration with our customers.

I hoped for a good working atmosphere and that I have the possibilities to realize my ideas and to get the chance to broaden my knowledge. All expectations have been far exceeded and I am very grateful for my team.

Thank you very much Susanne. 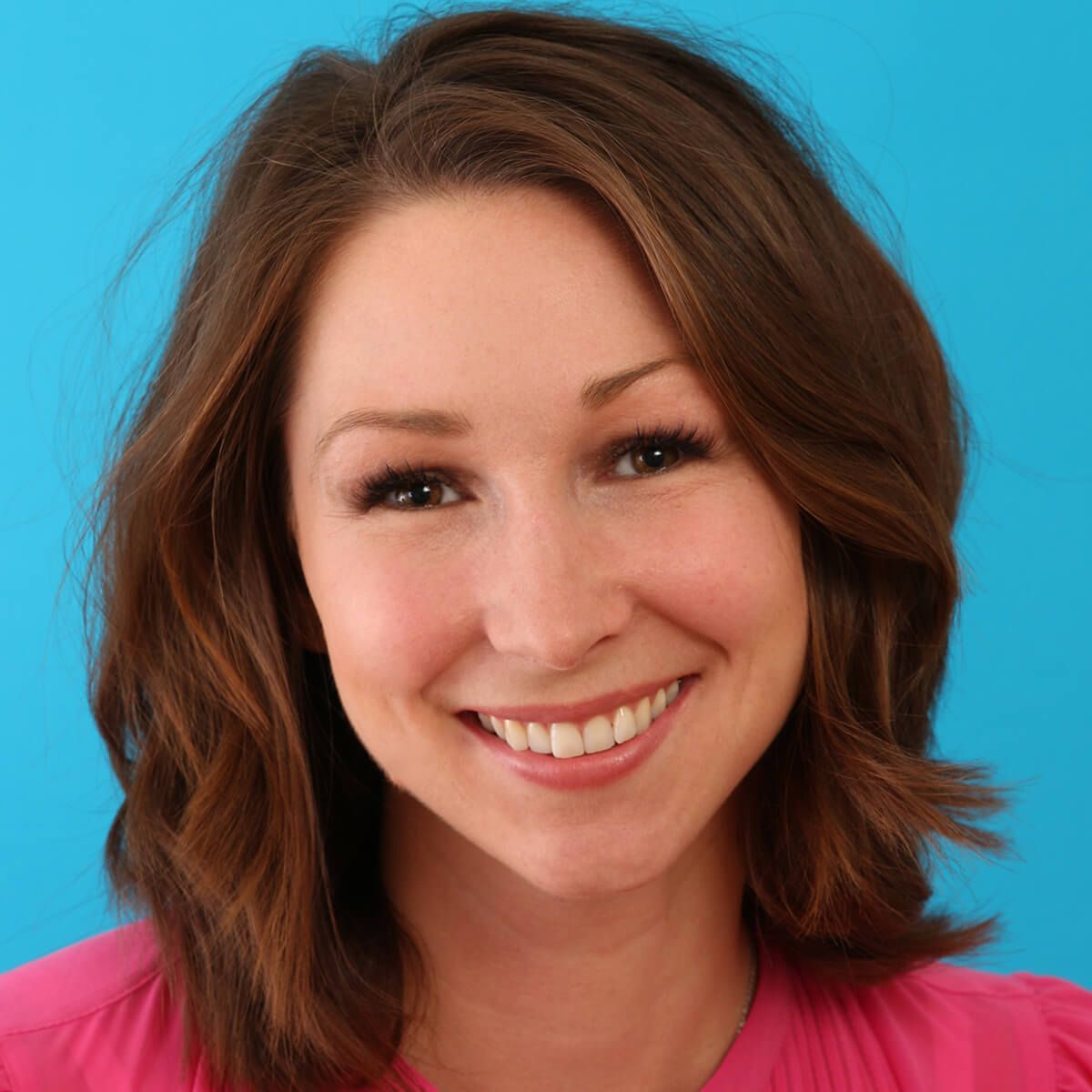