MEET US AT CPHI KOREA 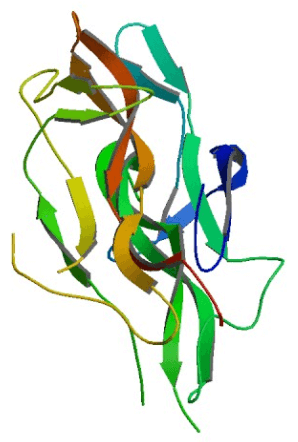 Cultures grown from cells isolated from tissue or organs are unique, they contain the genome of their donor. Primary cells are better models for biological systems than cells obtained from cell lines, and they are less prone to mutations. Their cultivation is much more demanding than growing “line” cells, which readily proliferate in commercially available optimized media. The lifespan of primary cells is limited (which not necessarily is a disadvantage), as cells constituting living organisms “age”. Eventually, they cease to divide and undergo apoptosis or autophagy.

Cultured cells have found numerous applications, e.g. for studying biological processes in basic medical and life science research and in toxicology, for testing chemicals. Cell cultivation is an essential component of tissue culture and tissue engineering. Intact plants can be grown from cell cultures.

Recombinant protein synthesis requires cultivation of bacteria or eukaryotic cells such as fungi, often on production scale. Cells stemming from mammals or insects allow generation of proteins modified by disulfide bridge formation or glycosylation. For example, the glycoprotein hormone erythropoietin used as drug is produced in cultures of mammalian cells. CHO is an often-used mammalian cell line for recombinant synthesis, genetic modifications allowed the production of glycoproteins. Popular insect cell lines are Sf9 and Sf21.

Cells are grown on an industrial scale (“fermentation”) for producing drugs, monoclonal antibodies, vaccines, or proteins for various uses.

Nutrients and Auxiliaries for Cell Cultivation

The optimal environment for cell growth depends on the type of cells and their application. Tissue cells adhere to surfaces, whereas blood cells are cultivated in suspension. For growth and proliferation, which means synthesizing a plethora of biomolecules such as the constituents of the cell wall, the proteins of the cytoskeleton, or the nucleotides required for DNA replication, cells need a cocktail of nutrients. Sources for carbon, nitrogen, phosphorus and sulfur could be organic molecules such as amino acids and glycosides, or inorganic salts. Type and composition of the added salts also determine the pH of the culture medium. Addition of vitamins is essential for proper growth. Though cells are cultivated under sterile conditions, antibiotics as streptomycin are routinely supplied for eliminating residual microbial contaminants. Cultivation media can be agar-based gels providing the cells with sufficient water. Petri dishes made from glass or plastic are used in standard “two-dimensional” cell culture, whereas hydrogels allow three-dimensional cell growth, which comes closer to biological systems. When growing tumor cells three-dimensionally, a better tumor model is obtained. Hydrogels may mimic the extracellular matrix. They can be formed from hydrophilic natural or synthetic polymers including peptides. Surface modification of synthetic polymers such as crosslinked PEG with adhesive peptides (e.g. RGD peptides) stimulates cell growth additionally (a positive effect can also be observed using dishes coated with fibronectin or laminin). The properties of hydrogels vary over a broad range; the synthetic gels tend to show an improved reproducibility in behavior.

Cells require amino acids as nitrogen source and for expression of proteins, especially the compounds they cannot produce themselves. Cocktails of amino acids or peptides provide them with the required building blocks. Peptone, a popular supplement consisting of short peptides, is obtained by enzymatic digestion of milk or meat proteins. It contains further nutrients such as lipids. Peptone is used as amino acid source in growth media for bacteria. Mixtures of amino acids can also be used as supplements. Besides the 20 proteinogenic amino acids, hydroxyproline and derivatives as N-acetylcysteine are often added. Glutamine, a most important nitrogen source in cell culture, should be added only when starting the culture, as it decomposes. The amino acid cyclizes spontaneously with concomitant formation of toxic ammonia and pyroglutamate. Replacement of glutamine by the dipeptides Ala-Gln or Gly-Gln reduces this risk considerably. N-Acetylation improves the solubility of amino acids such as tyrosine, it is reverted after uptake by cellular enzymes. Well-defined peptides (contrary to peptone) have also been used as supplements.

Cell growth and, especially, proliferation are stimulated by growth factors, which are added in small amounts, e.g. EGF and bFGF for cultivating endothelial cells.

Explore our Broad Offering of Products for Cell Culture

There are numerous recombinant proteins in various phases of clinical development as shown in Figure 1. Several candidates are currently pending approval as shown in Table 1.

Figure 1: Recombinant Proteins with Highest Development in Phase I to Pending Approval (1) 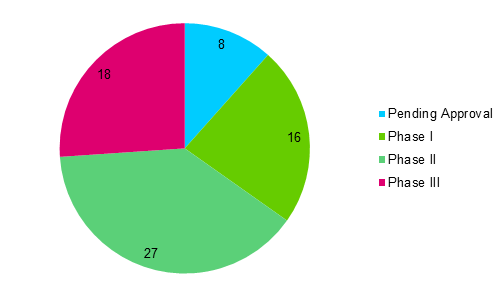 Pfizer is developing Lifmior (etanercept) for the treatment of autoimmune disorders such as arthritis and psoriasis. Lifmior is soluble dimeric fusion protein consisting of the extracellular ligand-binding region of recombinant human tumor necrosis factor (rhTNF) receptor attached to the constant (Fc) region of human immunoglobulin G (FcIgG). In 2016, the EMA recommended approval of a marketing authorization for Lifmior (1).

Neucardin is a recombinant peptide fragment of neuregulin-1 that is being developed by Zensun for the treatment of congestive heart failure. Zensun submitted a New Drug Application (NDA) to the China Food and Drug Administration. In 2013, the company reported that the China Food and Drug Administration said that its Phase II data is insufficient and they have asked Zensun to submit a new NDA once their Phase III study reached its endpoints (1).

Mycenax Biotech is developing an etanercept biosimilar called TuNEX for the treatment of arthritis and psoriasis. The company has completed submission to the Taiwan Food and Drug Administration for multiple indications including ankylosing spondylitis, juvenile idiopathic arthritis, plaque psoriasis, psoriatic arthritis and rheumatoid arthritis (1).

Novartis is also developing a biosimilar to Neulasta (pegfilgrastim) known as Zioxtenzo. In 2017, the company withdrew its MAA for Zioxtenzo as the CHMP had doubts that the product could be approved as a biosimilar based on available data (1).

How long have you been with Bachem?

Where did you work before Bachem?

Previously, I worked for a Biotech company in Torrance, CA.

A perfect day is to be able to serve our customers and meet their ever increasing demand for our products and services.

Think positive, be passionate and continue to make progress.

I appreciate the opportunity to interact and collaborate with our business partners and be a part of their success. My job also allows me to have the opportunity to work on projects that increase efficiencies and contribute to overall, valuable achievements.

Thank you very much Divina. 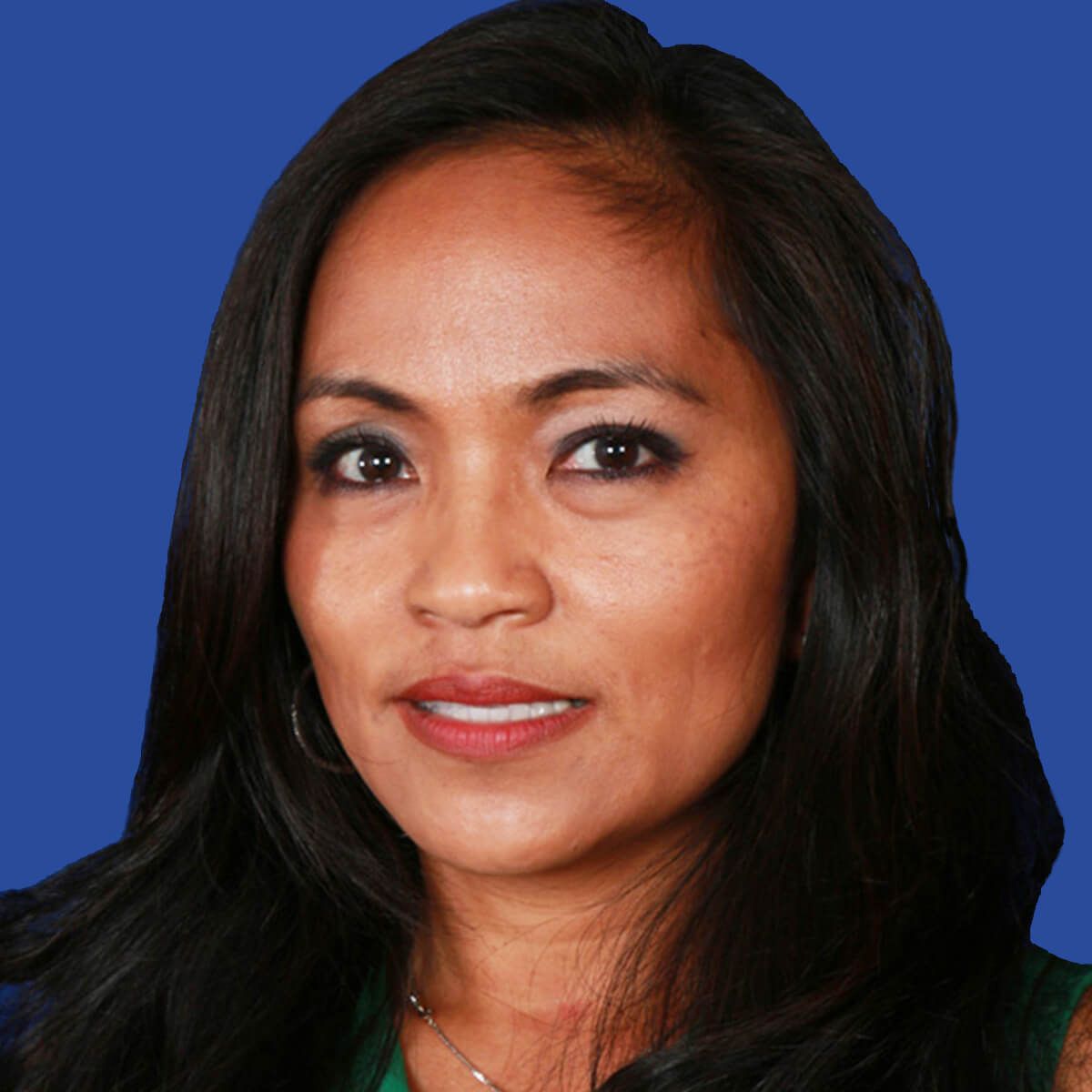