MEET US AT IN-PHARMA JAPAN 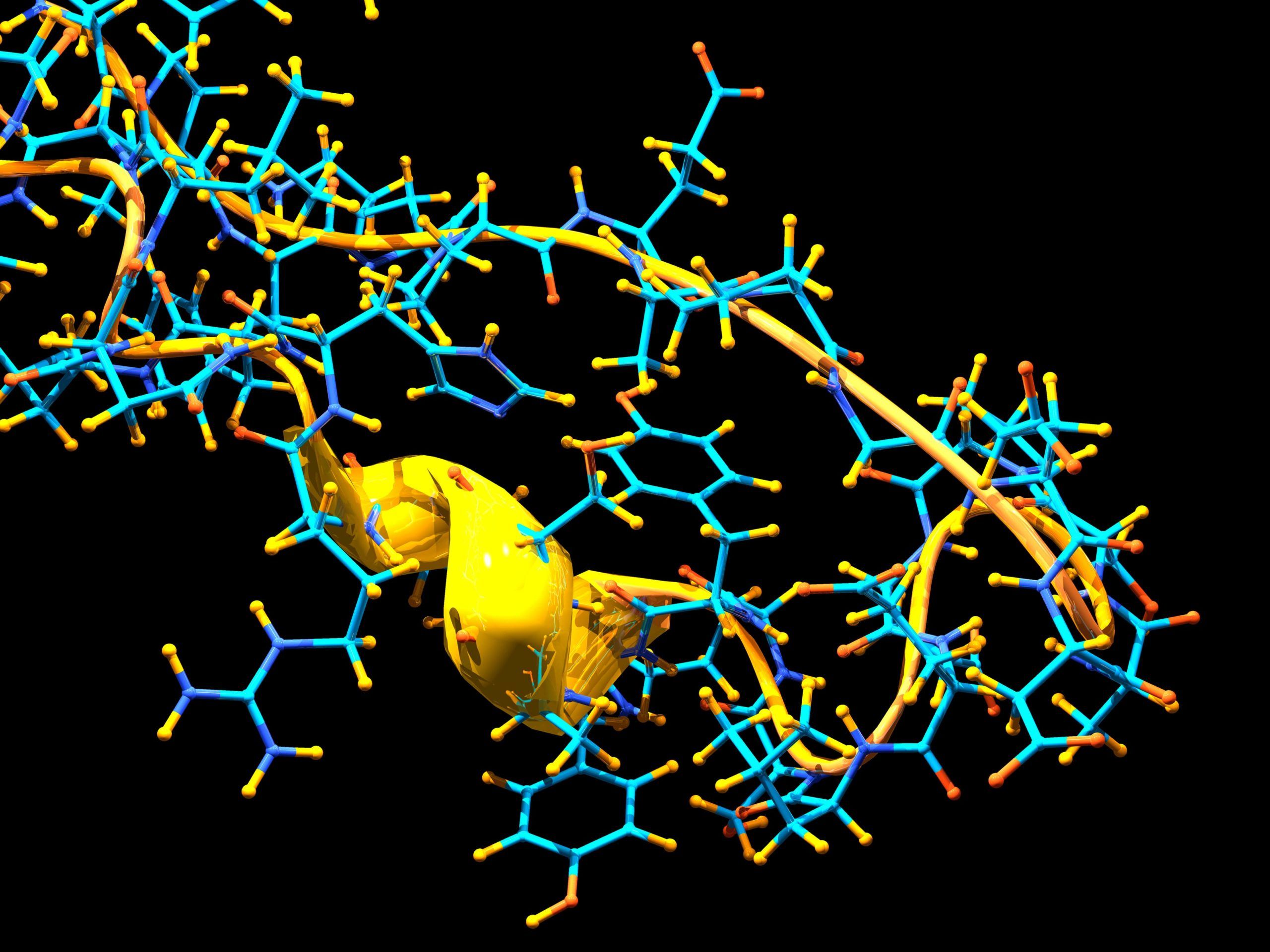 In addition to a distinct sequence homology, all members of the NPY family exhibit a hairpin-like three-dimensional structure called pancreatic polypeptide-fold (PP-fold). Data obtained by computer modeling based on the crystal structure of avian PP revealed that this tertiary structure consists of an extended type II polyproline helix (residues 1-8), followed by a type II β-turn and an amphipathic α-helix (residues 15-32). The carboxyterminal residues comprise a flexible turn conformation.

NPY peptides mediate their biological effects through several Y receptors that belong to the family of G-protein-coupled receptors (GPCRs). GPCRs are characterized by seven transmembrane α-helices that interact with a family of heterotrimeric GTP-binding proteins, referred to as G-proteins. GPCRs are found in a wide range of organisms, and many kinds of chemical messengers act through them.

Five subtypes of Y receptors (Y1, Y2, Y3, Y4, Y5, and y6) could be identified in mammals. In humans, only Y1, Y2, Y4 and Y5 are functionally expressed. The members of the Y receptor family show comparatively low sequence identity and different affinities for their endogenous ligands. All Y receptors are mainly distributed in hypothalamic brain regions, but can also be found in many peripheral tissues, where they mediate diverging effects.

Amino acid Asp6.59 in the extracellular loop three, which is the only fully conserved residue of all so far investigated Y receptors, is crucial for the binding of NPY and PP to all Y receptors. It has been postulated that high affinity interactions with Asp6.59 are established via the conserved residues Arg33 and Arg35 at the carboxy-termini of NPY and PP. The same studies suggest that binding of ligands to the receptors Y1 and Y4 involves different molecular mechanisms, than binding to Y2 and Y5.

The Y4 receptor, also known as PP-preferring receptor, differs substantially from other Y receptors and shares only 30 % primary sequence identity with them. Y4 binds PP with affinities in a picomolar range, while it can only be moderately activated by NPY and PYY. Noteworthy, the relative binding affinities differ between species, and diverging specificities for NPY and PYY for example can be found in rodents. Histochemical studies indicate that Y4 is distributed in the whole body including the brain. It is expressed in the hypothalamus, hippocampus, skeletal muscle, heart, adrenal medulla and cortex, thyroid gland, prostate, small intestine, colon and pancreas. Low expression levels can also be detected in the cerebellum, medulla, and spinal cord of the central nervous system (CNS).

Receptor Y5, also referred to as feeding receptor, is strongly expressed in the hypothalamus, where it stimulates appetite. In the periphery, it seems mainly expressed in the testis. Y5 binds the Y1 agonist (Leu31,Pro34)-NPY, but also has affinity for Y2 agonists such as NPY (2-36), NPY (3-36) and PP. The modified variant (D-Trp32)-NPY appears to act as a partial agonist of Y5. The NPY analog (Ala31,Aib32)-NPY was described as a selective agonist of Y5. This substituted peptide was even more potent than NPY in its capacity to stimulate food intake.

Despite of substantial progresses achieved in the understanding of the multiple roles of NPY peptides and their receptors and despite of the advances obtained in respect to some diagnostic applications, therapeutic agents are still lacking. Therefore, existing or new Y receptor ligands are crucially required as tools to explore novel medication strategies. This is where our broad offering of NPY research peptides can substantially contribute to the progress in your research.

The NPY family of peptides and the Y receptors through which they act play key physiological roles in regulating food intake, energy homeostasis, anxiety and stress. The NPY family encompasses NPY, PYY and PP. PYY and PP, two gut hormones, signal the brain to lessen food intake, anxiety and depression (1). NPY has many functions and is involved in feeding control and regulating hormones such as luteinizing hormone, adrenocorticotropic hormone, insulin and others. Consequently, the NPY family has attracted interest for the development of treatments for several disorders and diseases. Currently, there are four drug candidates based on the NPY family of peptides in early clinical development as shown in Table 2.)

Gila Therapeutics is developing GT-001, a PYY (3-36) agonist, for the treatment of obesity. This peptide activates NPY-Y2 autoreceptors leading to appetite suppression. The company is developing GT-001 as a lingual formulation for application to the tongue prior to meals (3). In 2017, Gila initiated a Phase I dose escalating study to assess the safety and tolerability of GT-001. The company plans to start a second clinical study of GT-001 in 2018 (2).

Researchers at the Icahn School of Medicine at Mount Sinai are studying NPY as a potential treatment for patients with Post-traumatic Stress Disorder (PTSD). Preclinical studies have shown that NPY can lessen the effects of stress in an animal model of PTSD (4). In 2016, a Phase I dose escalation study of intranasal NPY in PTSD was completed (5).

Novo Nordisk is developing the peptide NN-9748 for the treatment of type 1 and type 2 diabetes. NN-9748 is a NPY receptor Y2 agonist that suppresses appetite. This drug candidate is currently in the Phase I stage of development (2).

In addition, Novo Nordisk is developing NN-9747, a PYY analog, for the treatment of obesity. In 2015, Novo Nordisk initiated a Phase I trial of NN-9747 to investigate safety, tolerability and pharmacokinetics for single and multiple doses of NN-9747. In 2018, the company is planning to commence a Phase Ib study of NN-9747 in combination with semaglutide. Semaglutide (Ozempic®) is Novo Nordisk’s glucagon-like peptide-1 analog that was approved in 2017 for the treatment of adults with type 2 diabetes (2).

I focus on deploying digital business platforms. Through these activities I can push forward customer-centric business processes in-line with our commitment as «Pioneering Partner for Peptides.»

I hold a Bachelor degree in business with a major in lifecycle management of medical prescription products and an MBA with a major on pharmaceutical carve-outs.

I love writing. With the birth of my first child, I started writing poems which evolved over time into written poetry slams. My next writing project will be a longer script with the potential to develop to a short novel. Besides, I am currently undertaking training to obtain my sailing license.

In business intelligence you have to think ahead. This boils down to identifying trends and strategies in the world of today’s growing data. In order to finding «the needle in the haystack» patience is key and therefore my business motto.

You grow with your challenges. I had the chance to help shape the state-of-the-art IT environment at Bachem, and move us to the next level of organizational excellence. The opportunity to collaborate with colleagues from around the world to design global solutions is one of a kind.

I am intrigued by how proteins have been developed in biologicals and the remaining challenges of oral dosage forms. Thus, the peptide business remains highly dynamic and I am pleased to be a part of this industry.

Thank you very much Ahmet. 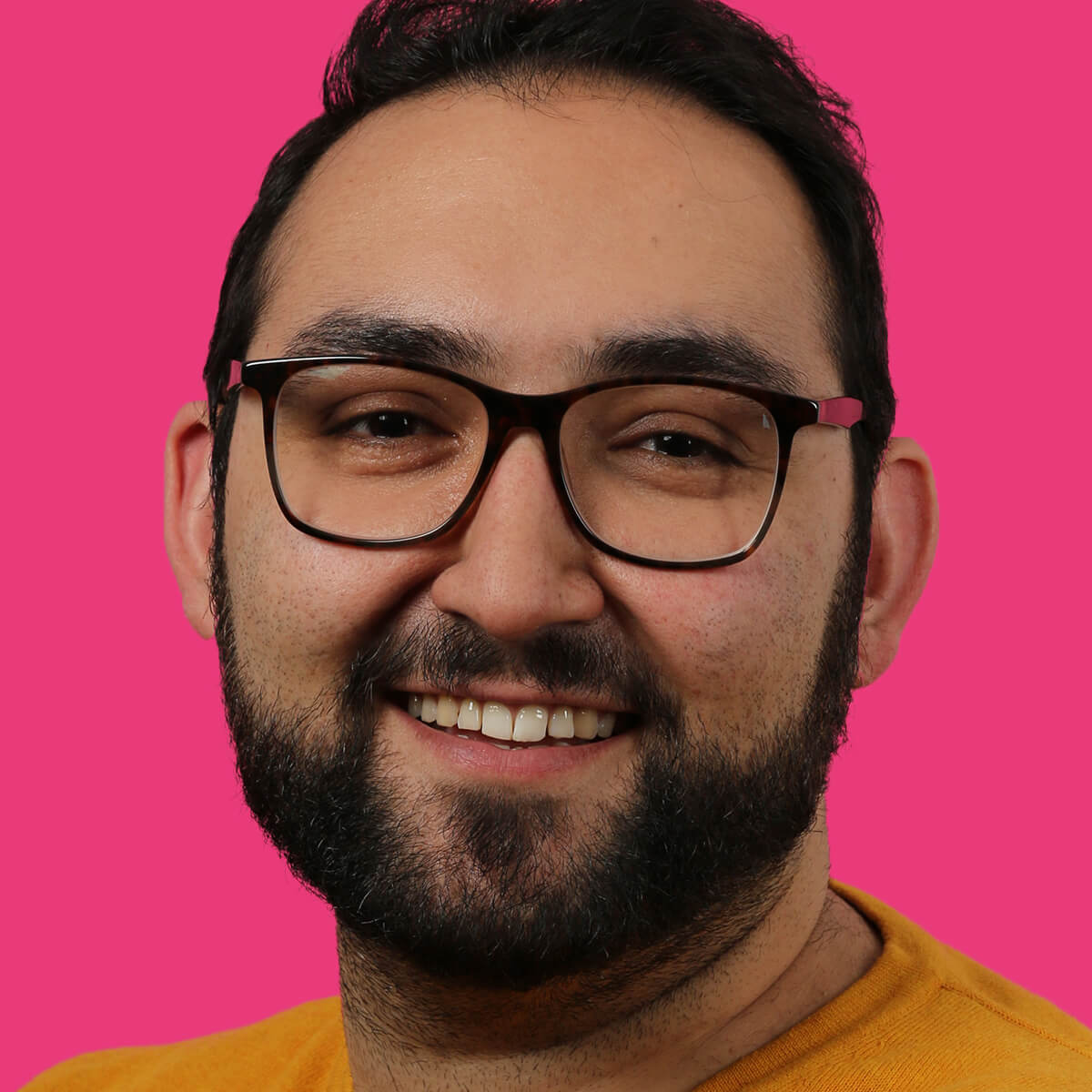 Experimental drug switches off hunger in patients with genetic obesity-GEN

The xB3 platform efficiently delivers antibodies across the BBB at therapeutic doses-EurekAlert!