MEET US AT THE AMERICAN PEPTIDE SYMPOSIUM 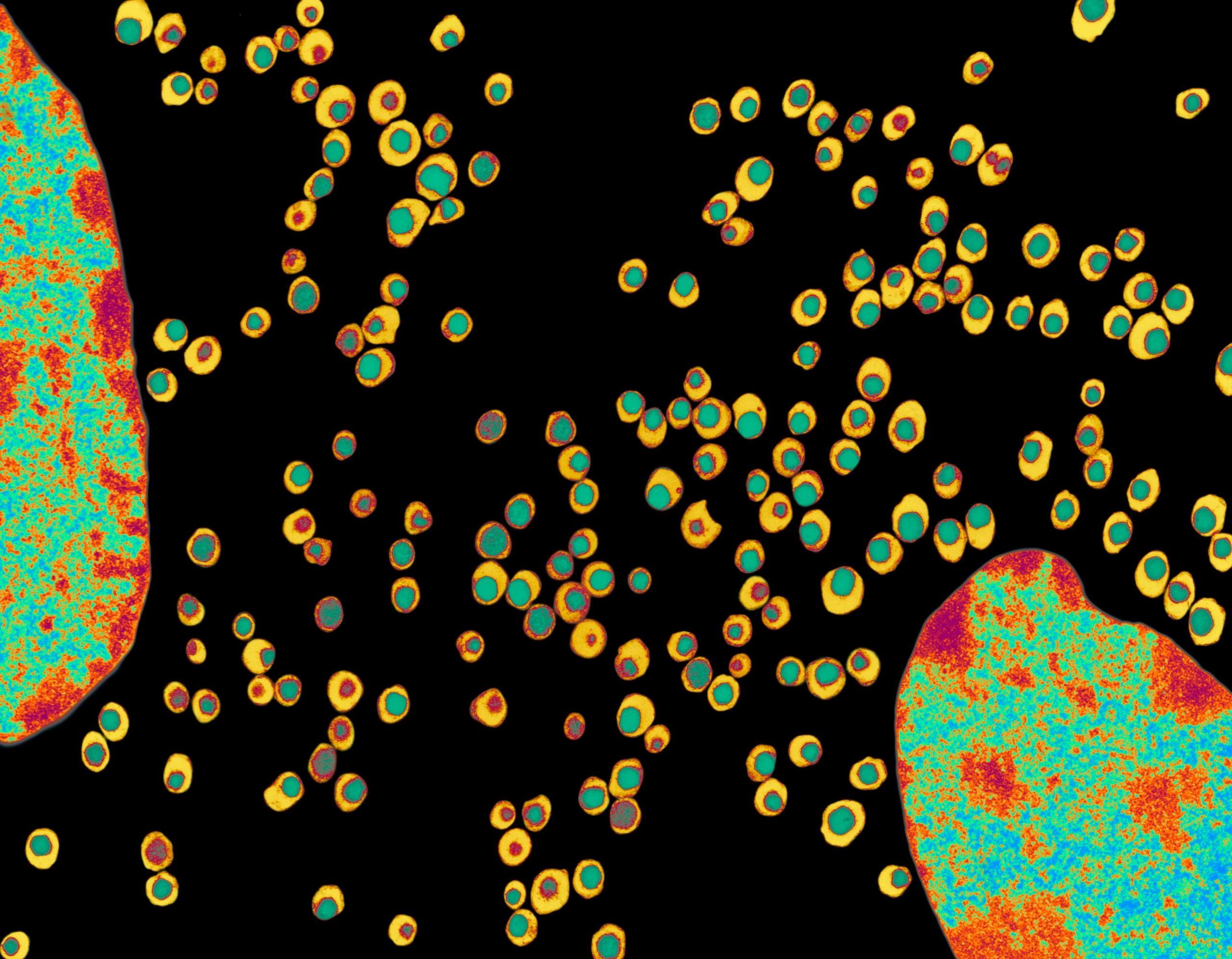 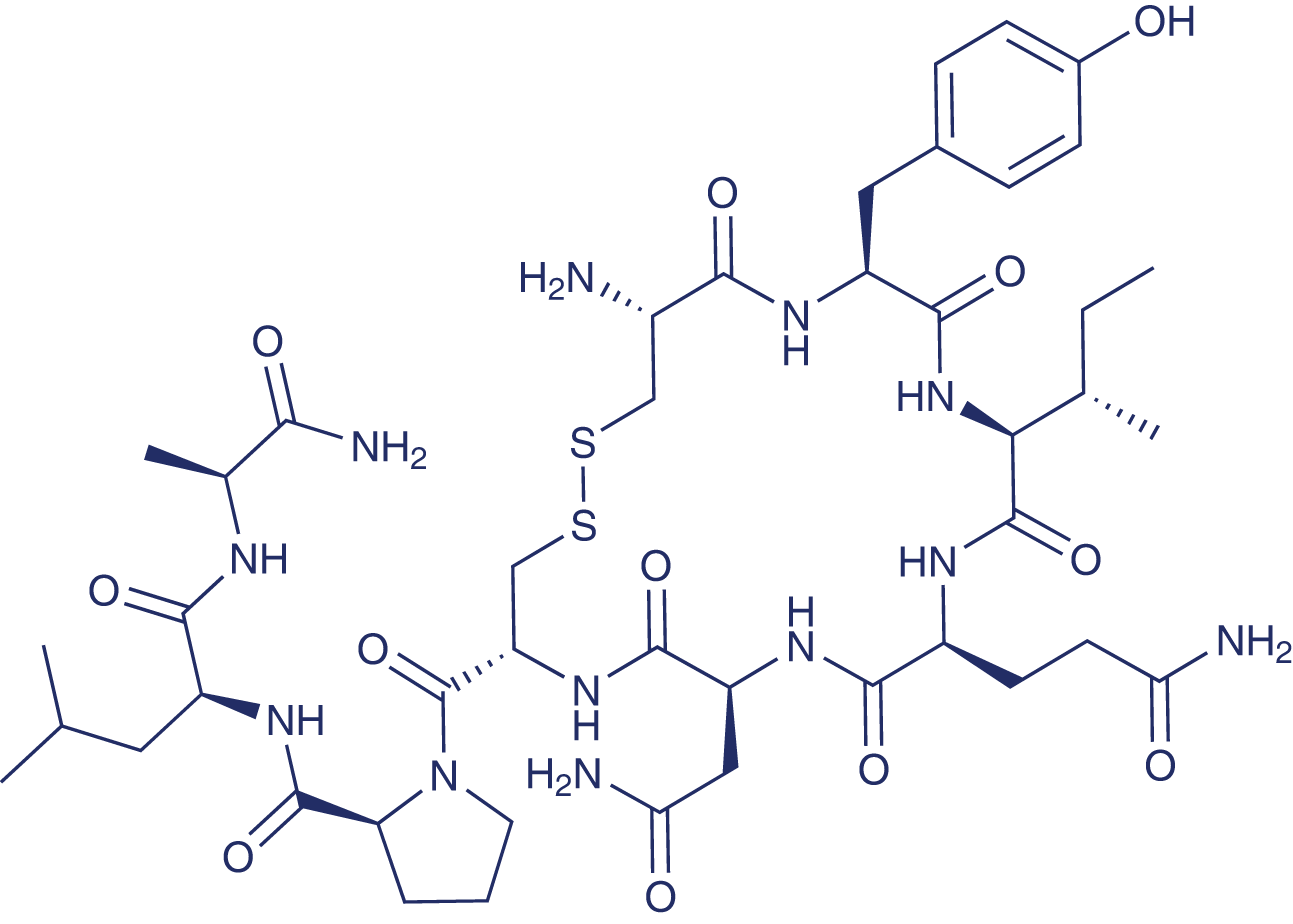 The structure of OT is very similar to another nonapeptide, vasopressin, which differs from OT by two amino acids. Both peptides are evolutionarily well conserved. Virtually all vertebrate species possess an OT-like and a vasopressin-like peptide. Most placental mammals express OT. Mesotocin (Ile8-OT) is found in most marsupials, non-mammalian tetrapods and lungfishes. Certain osteichthyes (bony fishes) express isotocin (Ser4,Ile8-OT). Additional forms such as Pro8-OT, Ala8-OT, Thr8-OT, Phe2-OT, and Val3,Pro8-OT were identified in New World primates.

A further homolog, inotocin (Leu2,Thr4,Arg8-OT), has been identified in invertebrates. Little is known about its molecular function. In ants, for example, inotocin signaling is involved in desiccation resistance by regulating the synthesis of cuticular hydrocarbons.

Peripheral and Central Release of Oxytocin

Major sites of OT expression are the magnocellular neurons of the hypothalamic paraventricular and supraoptic nuclei, which project their axons to the posterior pituitary (see Figure 2). OT is expressed as a prepropeptide, which also contains the OT carrier protein neurophysin I, a disulfide-rich peptide. During its transport along the axons to the terminals located in the posterior pituitary, the prepropeptide is subject to cleavage and other modifications. The mature peptide products, OT and neurophysin I are stored in large, dense-core vesicles in the axon terminals until neural inputs elicit their release into the blood.

Central release of OT appears to be mediated through two pathways: a) OT can be produced in parvocellular neurosecretory cells in the paraventricular nucleus within the hypothalamus whose axons project to the anterior pituitary and other brain regions. b) OT can be secreted from the dendrites of magnocellular neurosecretory cells within the supraoptic nucleus and paraventricular nucleus of the hypothalamus. Following secretion, OT is assumed to diffuse throughout the extracellular space, exhibiting a neuromodulatory effect on surrounding brain tissue. 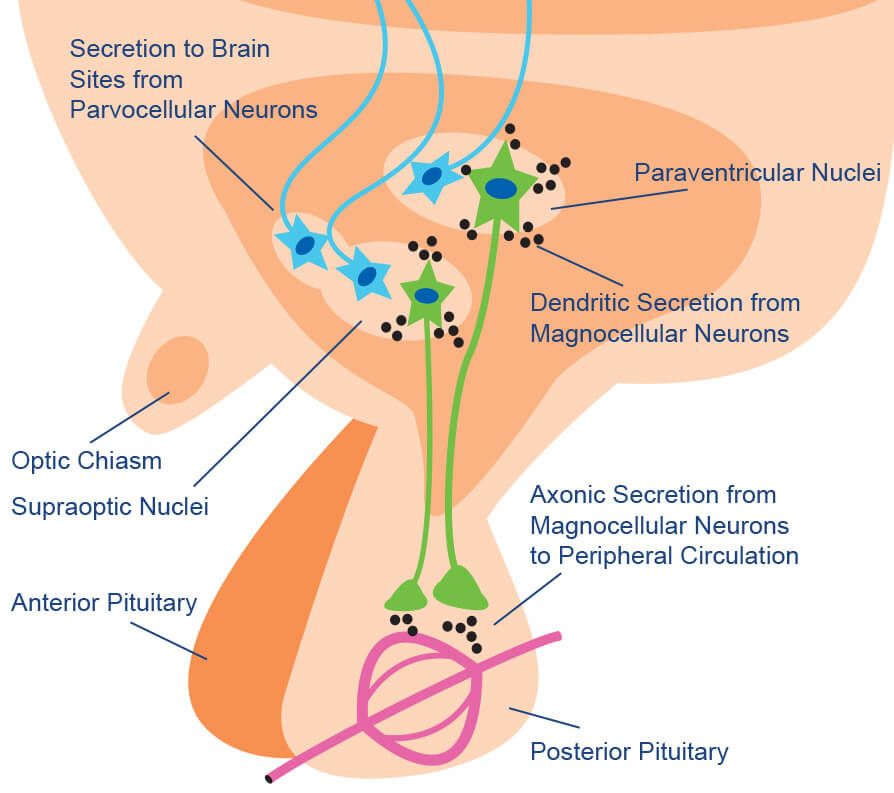 OTR is mainly expressed in the uterus and the mammary gland, but is also found in other peripheral organs and tissues such as the heart, kidneys, testis, adrenal glands, pancreas, prostate, and adipose tissue. In the central nervous system (CNS), it is expressed in brain areas like the cerebral cortex, hippocampus, hypothalamus, olfactory bulb or striatum and in the spinal cord.

OT indirectly stimulates contraction of uterine smooth muscle by increasing the sodium permeability of uterine myofibrils. In addition, it contracts the myoepithelial cells surrounding the alveoli of the breasts, forcing milk from the alveoli into the larger ducts and facilitating milk ejection.

OT does not appear to be essential for labor, parturition, or maternal nurturing behavior. Animals that lack OT and women with dysfunctional pituitary glands, for example, experience normal labor and parturition. OT is thought to serve primarily as a facilitator of those processes.

Unlike parturition, the process of milk letdown is dependent on OT. Studies in animals have shown, for example, that OT deficiency impairs milk ejection, which might lead to the death of the offspring from starvation shortly after birth. Milk ejection can be restored by OT injections. Synthetic preparations of OT such as pitocin or syntocinon are widely used in obstetric practice for the induction or continuation of labor, the prevention of postpartum hemorrhage, and the stimulation of milk letdown for breast-feeding.

In addition to the effects on uterine smooth muscle cells and milk ejection during lactation, OT also plays an important role in many other reproductive-related functions, such as control of the estrous cycle length, follicle luteinization in the ovary, and ovarian steroidogenesis in women. In men, OT appears to function in the stimulation of erections and ejaculation, and the autocrine and paracrine modulation of steroid metabolism in the male reproductive tissues.

Other Effects of Oxytocin

Apart from its function in reproductive processes, OT has many other peripheral and central effects. For example, OT appears to be involved in food reward, food choice, and satiety. The neuropeptide preferentially diminishes the craving for sweet-tasting carbohydrates by acting on the appetite regulating centers of the hypothalamus, on sweet taste receptors, and possibly also on the reward centers of the brain. Recent studies also indicate that dysfunction of the OT system could be involved in the pathogenesis of insulin resistance and dyslipidemia. Therefore, the OT system represents a therapeutic target for the treatment of metabolic dysfunction associated with the development of obesity and diabetes.

In addition, OT influences cardiovascular functions. It seems to be important for maintaining cardiovascular homeostasis and parasympathetic cardiac activity, particularly during anxiety and stress. OT has been described to be a potent modulator of hypothalamo-pituitary-adrenal (HPA) activity in both animals and humans. In humans, intranasal OT was demonstrated to attenuate cortisol and behavioral responses to psychosocial stress.

OT has attracted considerable interest in neuroscientific research on social and emotional processes. It seems to have central actions influencing different aspects of social behavior, including anxiety, affiliation and bonding, the ability to interpret facial expressions, and trust. Therefore, OT is also investigated for its potential role in psychiatric disorders such as ASD, depression, and schizophrenia.

Sir Henry H. Dale first discovered OT and its uterine-contracting properties at the beginning of the 20th century and the field of research surrounding this peptide has continued to advance. OT first entered the pharmaceutical market in 1980 as Pitocin® and Syntocinon®. In the field of women’s health, these drugs are still used today for labor induction and for the treatment of post-partum hemorrhage (1). OT is also of interest for treating a wide range of diseases and disorders such as autism spectrum disorders, addictive disorders, diabetes and obesity. Currently, there are OT and OT derived drug candidates in clinical development for various indications as shown in Table 1.

Albert Einstein College of Medicine is developing a nasally delivered OT product candidate as a treatment for Prader-Willi Syndrome (PWS), a rare genetic disorder that affects appetite, growth, metabolism and other functions. In 2017, Montefiore Medical Center, the university hospital for Albert Einstein College of Medicine, registered a Phase II study of OT for the treatment of abnormally increased appetite, known as hyperphagia, in PWS. In addition, Montefiore Medical Center received an orphan designation from the U.S. Food and Drug Administration for OT for the treatment of primary PWS (2).

GlaxoSmithKline and Monash University are collaborating to develop an inhalable, dry-powder form of OT for the treatment of postpartum hemorrhage. The goal is to develop a heat-stable form of OT that is both affordable and capable of administration by health care workers or mothers who give birth outside of medical facilities. In 2017, Monash University announced positive results from its first-in-human study of their inhaled OT candidate signaling a possibility for a streamlined pathway to registration (3). The product candidate is currently in a Phase II trial for the treatment of postpartum hemorrhage (2).

Ferring International Center is developing FE-202767, an OTR agonist called merotocin, as a women’s health product for lactation. The merotocin product candidate is delivered intranasally. In 2015, Ferring registered a Phase II trial to evaluate the efficacy and safety of intranasal administration of FE-202767 in increasing milk production in mothers with preterm delivery and inadequate milk production (2).

OPN-300, a nasally delivered form of OT, is under development by OptiNose for the treatment of autism and PWS. The drug candidate utilizes OptiNose’s bi-directional breath powered delivery technology. In 2015, OptiNose announced that results from an early Phase trial of OPN-300 for the treatment of autism supported the possibility of direct nose-to-brain activity with low dose OPN-300 using the bi-directional breath powered delivery technology (2). The company also completed a second clinical trial of OPN-300 in adult males with autism. The male patients receiving the nasal OT showed statistically significant differences in interpretation of facial expressions. OptiNose is preparing clinical development activities for the PWS indication (4).

While OT is well known for its role in childbirth, breastfeeding and bonding, research and development efforts may bring new formulations of OT and its analogs closer to use as treatments for a variety of diseases and disorders. To support researchers and organizations studying OT and related peptides, Bachem offers a selection of OT, vasotocin and analogs as research products. In addition, Bachem offers a comprehensive custom peptide synthesis service, and the production of New Chemical Entities.

I am a Group Leader in the R&D department.

I have been working at Bachem for 18 years. Before, I worked in research at a big pharma company for two years.

We are manufacturing complex API for clinical phase studies. Furthermore, we develop processes for the production of complex peptides for our customers.

I studied chemistry and did my doctorate in Organic Chemistry in Tübingen.

The thing I like most about my job is to solve difficult tasks. To see how the company has developed over the years gives me great pleasure.

My big hobby is viticulture. In addition, I like to go hiking and play volleyball.

Would you like to communicate any key message to the reader?

Quality and continuity pay off over the years.

I like all peptides. I have synthesized many interesting peptides over the years.

Thank you very much Dietmar.