Studies in rodents and goldfish have demonstrated that nesfatin-1 injected into the brain elicits an anorexigenic response. Centrally injected nesfatin-1 reduces the nocturnal food intake in mice by reducing meal size and increasing intervals between meals (1). The application of nesfatin-2 or -3 does not produce this same effect on feeding. The action of nesfatin-1 was found to occur through a leptin-independent mechanism since nesfatin-1 had an anorexigenic action in Zucker rats (4), which do not have functional leptin (4). Central nesfatin-1 is thought to mediate its anorexigenic effect via activation of melanocortin 3/4 and corticotropin releasing factor (CRF)-2 signaling and also by hyperpolarizing neurons containing neuropeptide Y (5). In addition, intracerebroventricular (icv) injection of nesfatin-1 in mice and rats inhibits gastric emptying and reduces gastroduodenal motility in mice. Nesfatin-1 also inhibits gastric acid secretion via a central vagal mechanism in rats. Also, there is evidence for a role of nesfatin-1 in the control of body fluid regulation (6).

Nesfatin-1 may be involved in depression and mediating anxiety and fear related responses. It has been demonstrated that nesfatin-1 and two energy regulatory hormones, acylated and des-acylated ghrelin, are significantly higher in patients with moderate and severe major depression disorders and are associated with the severity of the depression (8). In rats, nesfatin-1 was shown to increase anxiety and fear-related behaviors such as a decreased percentage of time spent on open arms in an elevated maze and increased fear-potentiated startle response following icv injection of nesfatin-1 (9).

Sleep disorders affect millions of people and are often a main symptom of depression. Patients with major depressive disorder possess high plasma levels of nesfatin-1. Investigators have examined the potential connection between nesfatin (mRNA and protein) expression and sleep. In rat studies, REM sleep deprivation resulted in reduced expression of nesfatin mRNA and protein expression while REM sleep rebound reversed this. In addition, central administration of nesfatin-1 decreased the time spent in REM sleep and intermediate stage of sleep (IS) (10).

Several of the peptides that influence feeding such as orexin, adrenomedullin and α-melanocyte-stimulating hormone (α-MSH), also have an impact on cardiovascular function. Researchers have been interested in exploring the potential influence of nesfatin-1 on cardiovascular actions. In rat studies, researchers tested the ability of nesfatin-1 to affect mean arterial pressure (MAP) and found that icv administration of nesfatin-1, in doses that inhibit feeding, resulted in significant increases in MAP in conscious freely moving rats (11).

Research in female rats has demonstrated that nesfatin-1 may play a key role in the control of female puberty. During female puberty transition, Nucb2 mRNA and protein expression were significantly increased in the hypothalamus. Conditions of negative energy balance such as fasting or subnutrition, decreased Nucb2 mRNA and protein expression in the hypothalamus. In addition, central nervous system administration of nesfatin-1 induced luteinizing hormone secretion in freely feeding and short-term fasted pubertal female rats. Conversely, administration of nesfatin-1 did not cause any detectable changes in the circulating levels of gonadotropins in adult female rats (12).

Nesfatin-1 plays roles in several areas such as feeding, depression and anxiety, cardiovascular system, sleep and reproduction. To support life scientists and researchers studying the roles of nesfatin-1 in these systems and processes, Bachem offers a selection of nesfatin peptides in addition to a comprehensive custom synthesis service.

Obesity is a serious issue with the worldwide prevalence of obesity almost tripling between 1975 and 2016 according to the World Health Organization (1). In addition, the increase of overweight and obese children and adolescents is of concern with the prevalence rising to just over 18% among this age group in 2016 (1). Obesity can lead to health conditions such as heart disease, stroke, type 2 diabetes and some types of cancer. Due to the limitations of lifestyle interventions and bariatric surgery for obesity, there is an urgent need for drug treatments. The peptide hormones involved in regulating food intake, energy expenditure and glucose homeostasis, along with their agonists and antagonists, are becoming important tools in the search for anti-obesity agents. Several peptide drug candidates are currently undergoing development for the treatment of obesity as shown in Table 1.

Setmelanotide, a melanocortin 4 receptor (MC4R) agonist, is being developed by Rhythm Pharmaceuticals for the treatment of rare genetic disorders of obesity such as pro-opiomelanocortin (POMC) deficiency obesity and leptin receptor (LEPR) deficiency obesity. The peptide is designed to restore the function of an impaired MC4R pathway, a pathway that regulates energy expenditure and appetite (2). In May 2020, Rhythm completed its rolling submission of a New Drug Application to the U.S. Food and Drug Administration (FDA) for setmelanotide (3).

Sanofi is developing efpeglenatide, a conjugate of CA Exendin-4 and recombinant human immunoglobulin Fc fragment (LAPS-carrier), for the treatment of obesity. In 2015, Hanmi Pharmaceuticals licensed the exclusive development and commercialization rights for efpeglenatide to Sanofi. In May 2020, Hanmi announced that Sanofi intends to return all rights for efpeglenatide to Hanmi Pharmaceuticals due a change in Sanofi’s diabetes strategy (3).

Eli Lilly also has a drug candidate, tirzepatide, in development for the treatment of obesity. Tirzepatide is a dual gastric inhibitory polypeptide (GIP) and GLP1 receptor agonist. In 2019, the company registered a Phase III trial to evaluate the efficacy and safety of tirzepatide in participants without type 2 diabetes who have obesity or are overweight (4).

Peptides play a promising role in the fight against obesity. To support companies and organizations working in the area of obesity, Bachem offers a wide array of obesity research peptides, custom peptide synthesis, production of new chemical entities and generic active pharmaceutical ingredients.

5) Semaglutide 2.4 mg demonstrates superior and sustained weight loss versus placebo and in addition a 17.4% weight loss after 68 weeks in STEP 4 trial. GlobeNewswire 2020.

I joined Bachem in August 2019. Previously I worked in the Research Center of a big chemical company as Product Development Specialist. Afterwards I worked as Food Quality Assurance Specialist in an Italian food company.

I am a Food Technologist by training. I did my Bachelor in Food Science & Technology at the University of Parma in Italy and obtained my Master degree at Wageningen University (The Netherlands) specialized in Ingredients Functionality.

I enjoy spending time outside with my friends, relaxing at the park. I like doing sports in the nature such as hiking and skiing during winter. Besides that, I am learning German.

A day that begins with a smile and gets over with it!

Not be a simple seller, but a person who understands customers’ needs and expectations.

I like my job because I am part of a dynamic team, with a key role in building business and human relationship.

Thank you very much Federica. 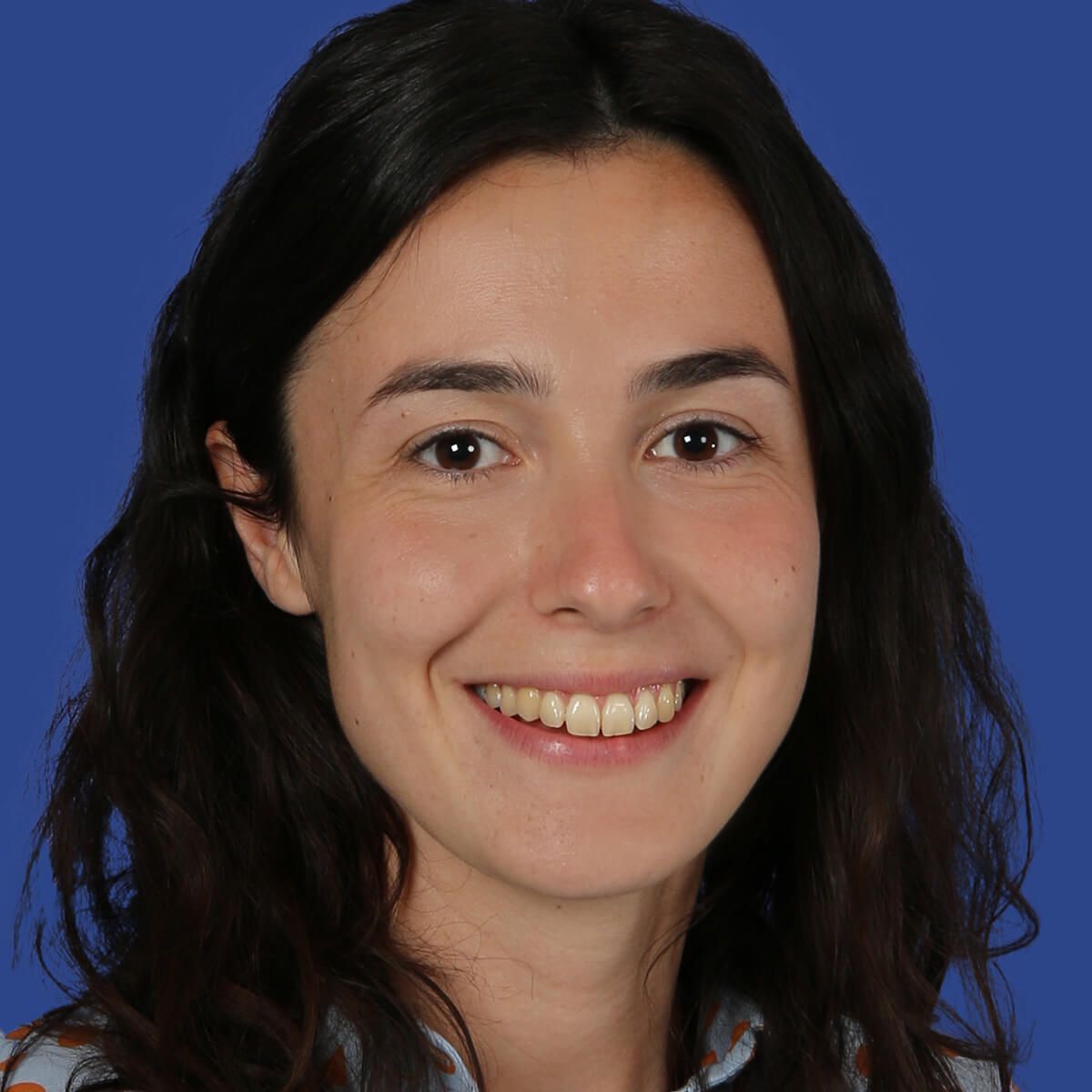 Snakes alive: Venom may play a role in the fight against COVID-19-Monash University

A boost for cancer immunotherapy-Science Daily