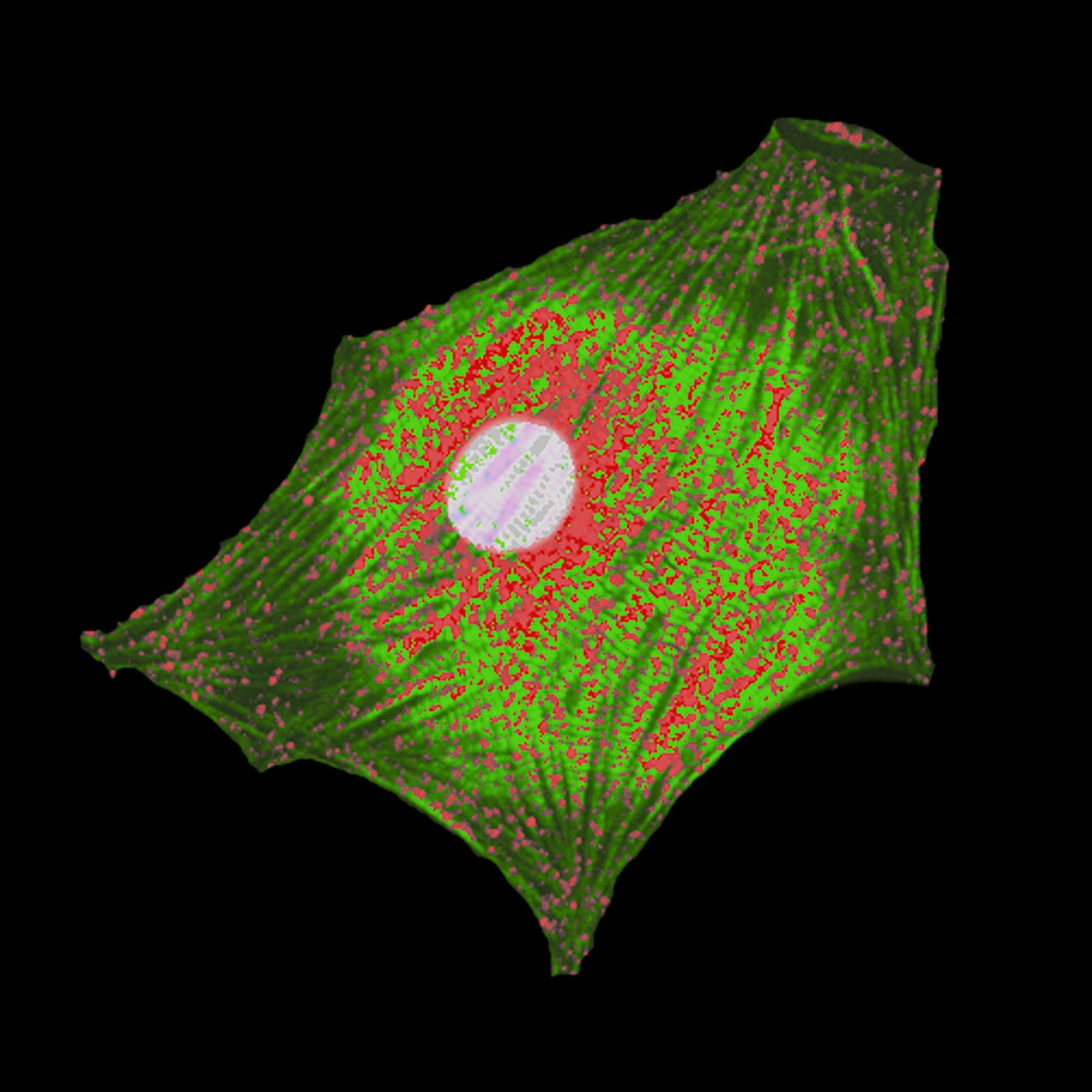 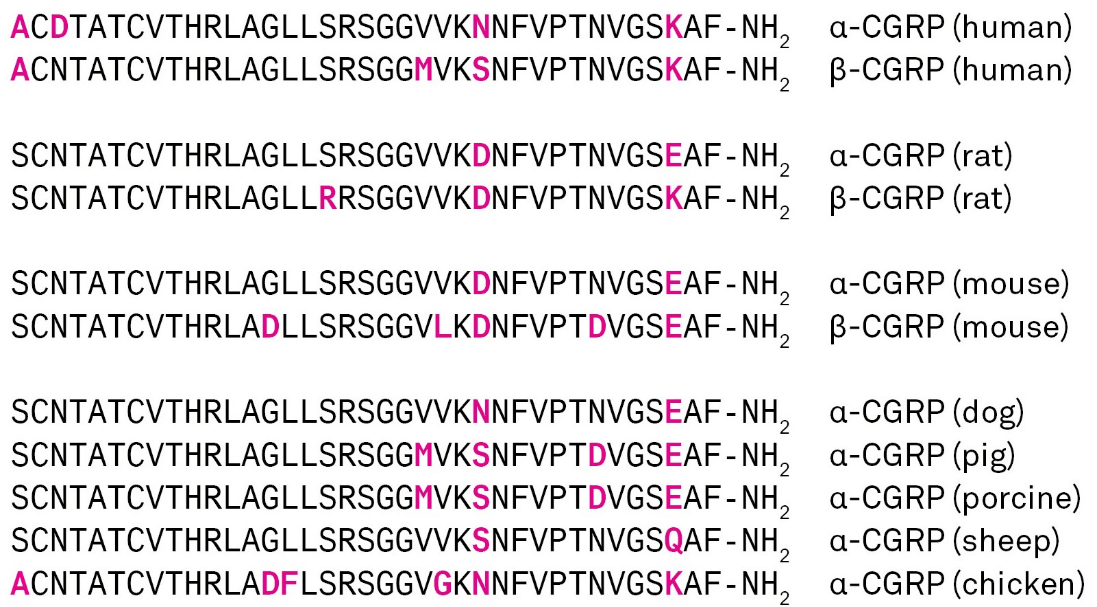 CGRP expression is widely distributed in the central and peripheral nervous system. In the brain, it is particularly concentrated in the hypothalamus and in certain nuclei of the brainstem. In the periphery, CGRP is mainly detected in sensory afferents projecting to the spinal cord, in motor neurons at the neuromuscular junctions and in nerve fibers associated with the vasculature. In capsaicin-sensitive sensory neurons, CGRP co-localizes with substance P and other neuropeptides, in the motor endplate with acetylcholine.

On the basis of pharmacological studies several physiological functions of CGRP have been suggested. Due to its potent vasodilatory action and its inotropic and chronotropic effects, CGRP is likely to play a role in cardiovascular homeostasis. Furthermore, it influences feeding and digestion since it has been shown to decrease food intake, gastric secretion, and intestinal motility. Based on its ability to modulate substance P signaling, an additional function of CGRP in nociception has been proposed. Additionally, CGRP might be important in processes such as control of fetoplacental vascular tone, regulation of calcium metabolism and insulin secretion, acetylcholine receptor synthesis, peripheral nerve regeneration, and neurogenic inflammation.

CGRP receptors have been identified in several tissues, including brain, cardiovascular, endothelial, and smooth muscle tissue.

Based on early pharmacological studies, the existence of two classes, CGRP1 and CGRP2 receptors, has been described. According to this historical classification CGRP1 receptors are more sensitive to the antagonistic properties of α-CGRP (8-37) (4013696, 4034544) whereas CGRP2 receptors are more responsive to the agonistic CGRP analogs, (Cys(Acm)2,7-α-CGRP (human) (4039880) and (Cys(Et)2,7)-α-CGRP (human) (4039888). Recent studies have shown that the previously cloned G protein-coupled orphan receptor, named calcitonin receptor-like receptor (CRLR), can interact with members of a new family of three single-transmembrane domain receptor activity-modifying proteins (RAMPs). Interaction with RAMP1 resulted in a CGRP receptor, which is sensitive to α-CGRP (8-37), whereas binding to RAMP2 and RAMP3 led to receptors for adrenomedullin known as AM1 and AM2 receptors, respectively. The AM2 receptor showed considerable affinity for CGRP. Besides their essential role in regulating ligand specificity.

RAMPs are also required for membrane trafficking of CRLR. Recently, a receptor component protein (RCP) of the CRLR/RAMP1 complex was described. RCP is an intracellular protein which is highly conserved between species and might be required for G protein-coupled signal transduction.

Given the multitude of physiological and pathophysiological effects of CGRP, modulations of its properties represent potential therapeutic interventions in a variety of disease states including cardiovascular disorders and neurogenic inflammation.

Clinical trials have indicated that the vasodilatory effect of CGRP might be beneficial in the treatment or prevention of Raynaud’s disease, hypertension, angina pectoris and heart failure. Since CGRP is rapidly metabolized, longer acting CGRP agonists are needed for long-term treatment. CGRP antagonists, for their part, have found use in the treatment of migraine, which involves the activation of the trigeminal system and CGRP-evoked dilatation of cranial vessels.

CGRP is also present in the heart. Infusion of the peptide induces vasodilation and generates positive inotropic and chronotropic effects, which can be blocked by its antagonist, truncated CGRP 8-37. In case of myocardial ischemia, CGRP is released by cardiac adrenergic cells. In response, an increase of plasma CGRP can be detected. The peptide is involved in protecting the heart against ischemia-reperfusion injury. Unfortunately, the short half-life of CGRP limits its therapeutic use in the treatment of cardiovascular disorders. So long-acting CGRP agonists have gained interest. They also show potential in the management of hypertension. Stabilization of peptidic agonists could be achieved by conjugation of long-chain fatty acids. N-terminally lipidated α-CGRP analogs have been developed and tested in murine models of hypertension and heart failure. Long-time administration of such an analog in vivo eventually resulted in a reduction in food intake and body weight. The modified peptide hormone induced secretion of GLP-1.

As an alternative approach for tackling the low metabolic stability of the peptide, controlled-release formulations of α-CGRP for treatment of ischemia due to a myocardial infarction have been developed.

CGRP has been detected in pericranial vascular nerves and the trigeminal ganglion. The neuropeptide is a potent dilator of cerebral and dural vessels, and it is involved in meningeal dural vasodilation. Migraine is possibly caused by activation of the human trigeminal system and the release of CGRP. Increased cranial CGRP levels have been measured in patients suffering from episodic or chronic migraine. Infusion of the peptide can trigger migraine attacks. Hence, CGRP antagonists could be effective in the treatment of the disease, which afflicts about 15 to 18% of the population worldwide. The recurrent pulsating strong headache and other symptoms turn migraine into a leading cause of disability and a global health problem. Women carry a higher risk of developing the disease than men.

Calcitonin gene-related peptide (CGRP) plays a key role in the pathophysiology of migraine, a common disabling brain disorder. The release of CGRP causes inflammation in the meninges, the membranous coverings of the brain, and is the cause of migraine pain for most patients. There is a need for new treatments in the migraine market because acute treatments have relied on triptan drugs. Some patients are unresponsive to triptans and others cannot use triptans because they have or are at a risk of cardiovascular problems (1). In 2018, the first anti-CGRP receptor monoclonal antibody, Aimovig® (erenumab), was approved in the United States. There are several promising candidates in clinical development that target CGRP and the CGRP receptor as shown in Table 1.

Allergan is developing atogepant for the prevention and treatment of episodic and chronic migraine. Atogepant is a CGRP receptor antagonist. In 2018, Allergan announced positive results from their first Phase IIb/III study in episodic migraine. The company plans to initiate Phase III studies for chronic migraine during the first half of 2019 (2).

Allergan is also developing ubrogepant for the treatment of acute migraine. Ubrogepant acts by targeting the CGRP receptor. In 2018, Allergan announced the completion of two positive safety and tolerability studies of ubrogepant for acute treatment of migraine. The company expects to submit a New Drug Application (NDA) to the U.S. Food and Drug Administration (FDA) for ubrogepant during the first quarter of 2019 (2).

Eptinezumab, a CGRP inhibitory humanized monoclonal antibody, is under development at Alder Biopharmaceuticals for migraine prevention. This candidate selectively binds to the CGRP ligand to block its effect at CGRP receptors (3). Eptinezumab is administered by quarterly infusion. Alder Biopharmaceuticals plans to submit a Biologics License Application (BLA) to the FDA for eptinezumab during the first quarter of 2019 (2). Rimegepant, an orally-dosed small molecule CGRP receptor antagonist, is under development at Biohaven Pharmaceutical for acute and preventative treatment of migraine. This drug candidate is currently in the Phase III stage of development. In December 2018, the company announced positive top-line results from a Phase III trial evaluating the efficacy and safety of its Zydis orally dissolving tablet formulation of rimegepant. The company plans to submit an NDA to the FDA in 2019 (2).

The new treatments for migraine are viewed as breakthroughs in an area where patients have been waiting years for new options. To support the further study of CGRP, Bachem offers a selection of CGRP peptides and fragments. In addition, Bachem offers a comprehensive custom peptide synthesis service and the production of New Chemical Entities.

I am with Bachem since June 2018. Before joining Bachem, I worked as a technical sales staff for a Japanese chemical manufacturer in Düsseldorf.

I have studied chemistry at the TU Darmstadt and did my Ph.D. (Dr.-Ing.) in biochemistry and organic chemistry with the focus on peptide chemistry and bio-orthogonal conjugation.

I am leading NCE development projects of Asian customers by coordinating our internal activities in order to bring them in alignment with customer’s needs. I also support BJP (Bachem Japan) in acquisition of new customers.

Achieving or even exceeding all planned targets for the day by doing communication work and individual work in a good balance and extent. Having sufficient private time to relax afterwards makes further a perfect closure.

The key for successful business is to understand customer’s and stakeholder’s real needs. In the end, this leads to the best satisfaction and business relationship.

The best point is that I can use my knowledge in peptide chemistry in combination with my experience in customer-related work. Of course, I also really like being strongly involved in Japanese as well as European business culture and serve as a bridge between these.

When I’m not working, I enjoy spending time with friends, cooking, reading, and go shopping. Further, I am also interested in various cuisine, culture and history.

Multicyclic trypsin inhibitors as MCoTI or SFTI since I worked with these peptides for several years during my study and Ph.D.

Thank you very much Daichi. 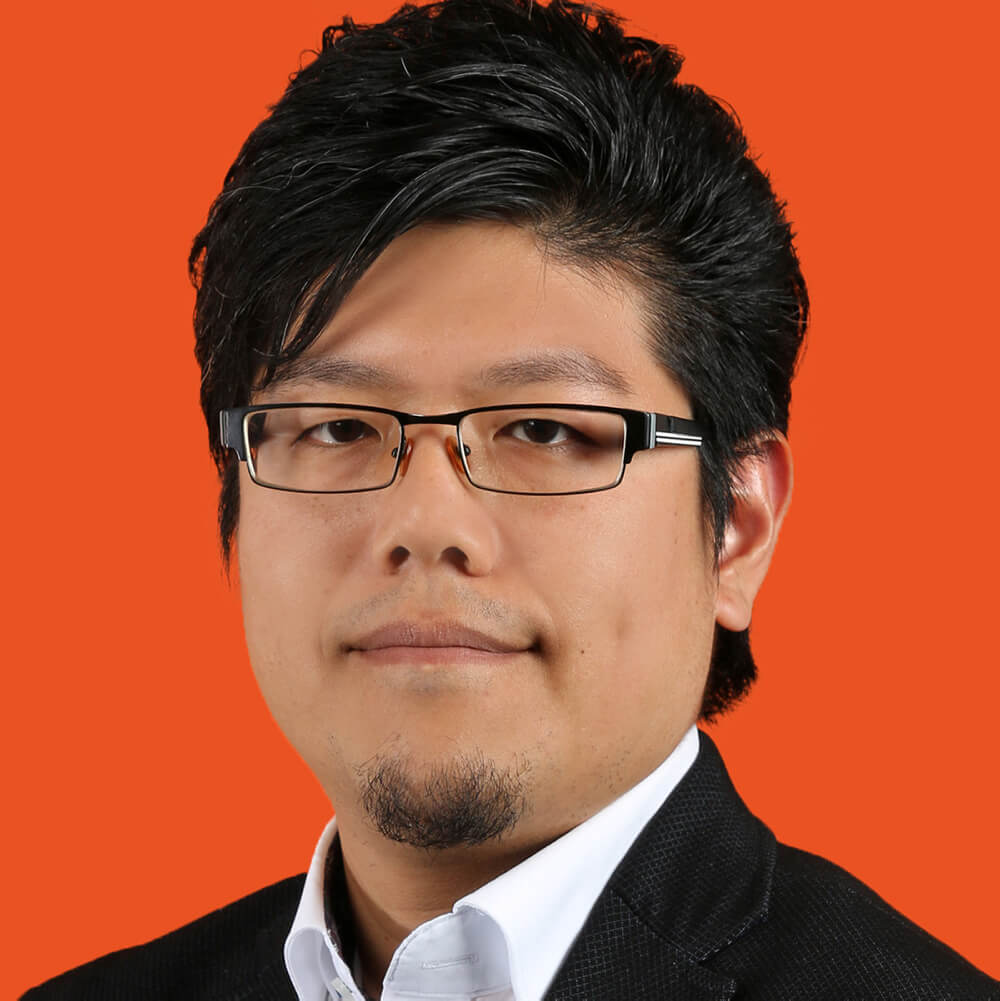 New pill can deliver insulin through the stomach-Science Daily