WHAT IS BEHIND STRESS?

Stresscopin and stresscopin-related peptides (urocortin III and urocortin II respectively) are part of the corticotropin-releasing factor (CRF) family, which also includes CRF and urocortin. CRF has first been discovered in 1955, but it was in 1981 that Vale et al. succeeded in isolating and describing CRF, as 41 amino acids, from the ovine hypothalamus. Later studies have revealed the presence of highly homologous proteins in other mammalians such as rat and human. Urocortin II (Ucn II) and urocortin III (Ucn III) have been identified in rat, human and mouse.

CRFs are peptide hormones, which play biological roles in generating the stress response by acting at CRF1 and CRF2 receptors. Ucn III was identified by searching in the public human genome databases and revealed to have a significant sequence similarity to Ucn II. The genes encoding these peptides were expressed in diverse peripheral tissues as well as in the central nervous system. Ucn II and Ucn III are expressed in the brain. Additionally, it has been reported that Ucn III is expressed in the peripheral tissues such as gastrointestinal tract, pancreatic islets, and skin.

The corticotropin-releasing factors act through activation of two receptors: CRF1 and CRF2, each encoded by a separate gene (CRHR1 and CRHR2 respectively). Primary functional CRF1 receptor is a peptide composed of 415 amino acids, arranged in seven hydrophobic alpha-helices. CRF1 and CRF2 receptors are 70% homologous, the greatest divergence between the two lies at the N-terminus of the protein. CRF receptors are G-protein-coupled receptors (GPCRs) of the secretin receptor family. They are important mediators in the stress response. CRF1 receptor mediates ACTH (adrenocorticotropic hormone) responses to stress, whereas CRF2 receptor mediates stress-coping responses including anxiolysis, anorexia, vasodilatation, a positive inotropic action on myocardium, and dearousal. CRF and Ucn I bind to both CRF1 receptor and CRF2 receptor, whereas Ucn II and Ucn III are specific ligands for CRF2 receptor.

Abnormal signaling at corticotropin-releasing factor CRF1 and CRF2 receptors might contribute to the pathophysiology of stress-related disorders such as anxiety, depression and eating disorders in addition to cardiac and inflammatory disorders. The four mammalian CRF-related peptide hormones, (CRF, Ucn, Ucn II and Ucn III) show different specificity to CRF1 and CRF2 receptors and the optimal responses to stress depend on an integrated release of these endocrine and paracrine ligands in a tissue specific and time-coordinated manner. The main function of CRF and Ucn is the stimulation of the pituitary synthesis of ACTH, as part of the hypothalamus–pituitary–adrenal (HPA) axis, the two components of the fight-or-flight response to stress. ACTH finally stimulates glucocorticoid secretion by the adrenal cortex. The preclinical and clinical development of specific small-molecule antagonists of the CRF1 receptor opens new avenues for the treatment of psychiatric and neurological disorders. CRF1 receptor antagonists are being actively studied as possible treatments for depression and anxiety.

On the other hand, as mentioned previously, Ucn II and Ucn III do not stimulate ACTH secretion, as they only bind to the CRF2 receptor. They are involved in initial stress-induced responses, such as gluconeogenesis and increases in arterial pressure and heart rate, which provide a vital short-term metabolic lift. However, prolonged or inappropriate exposure to stress can compromise homeostasis thereby leading to disease. It has been described that treatment with Ucn II or Ucn III suppressed food intake, delayed gastric emptying and decreased heat-induced edema. Thus Ucn II and Ucn III might represent endogenous ligands for maintaining homeostasis after stress, and could allow the design of drugs to ameliorate stress-related diseases. Additionally they have been shown to exert anxiogenic effect.

Saffran, M. et al. Stimulation of the release of corticotropin from the adenohypophysis by a neurohypophysial factor, Endocrinology, 57(4), 439–444 (1955).

Stresscopin (Urocortin III) and stresscopin-related peptide (Urocortin II) are part of the corticotropin-releasing factor family. This family of peptides is involved in responses to physiological stress and in the regulation of cardiovascular, gastrointestinal systems and inflammation. By agonizing corticotropin-releasing factor (CRF) type 2 receptor, stresscopin improves cardiac output and heart rate and therefore, the peptide has gathered attention as a potential therapeutic for heart failure patients (1). Currently, Renova Therapeutics has a stresscopin peptide, RT-400, in Phase II of clinical development and a stresscopin-related peptide gene product, RT-200, in preclinical development as shown in Table 1.

Stresscopin / urocortin peptides are potential therapeutics for cardiovascular diseases such as heart failure and metabolic diseases such as diabetes. For organizations and researchers investigating stresscopin and urocortin peptides, Bachem offers a selection of research peptides. In addition, Bachem offers a custom peptide synthesis  service and the production of New Chemical Entities.

I am in the role of the group leader Business Applications at Bachem Global IT.

As an internal service provider, we advise our business departments on how to support their business processes with information technology, how to understand the dependencies between the various business applications and how to have the technical knowledge to maintain and further develop them together with specialized external partners. Some of the applications are very specific solutions and support dedicated business units. Broader applications for collaboration and workflows serve the whole group. The integration between these information systems is a further focus of our team.

It is most rewarding to develop and optimize solutions together with our colleagues from other departments and see how we can help them to be even more successful through the use of information technology.

Whatever you do, be passionate about it and continuously develop your skills.

I started out with vocational training in technical IT and continued with a higher education in applied computer science. Currently I am getting my BSc in Business Information Technology while working 90%.

A lot of my leisure time, I spend with my family. Besides that, I like to read books and do some sports, especially bouldering and running.

Thank you very much Simon. 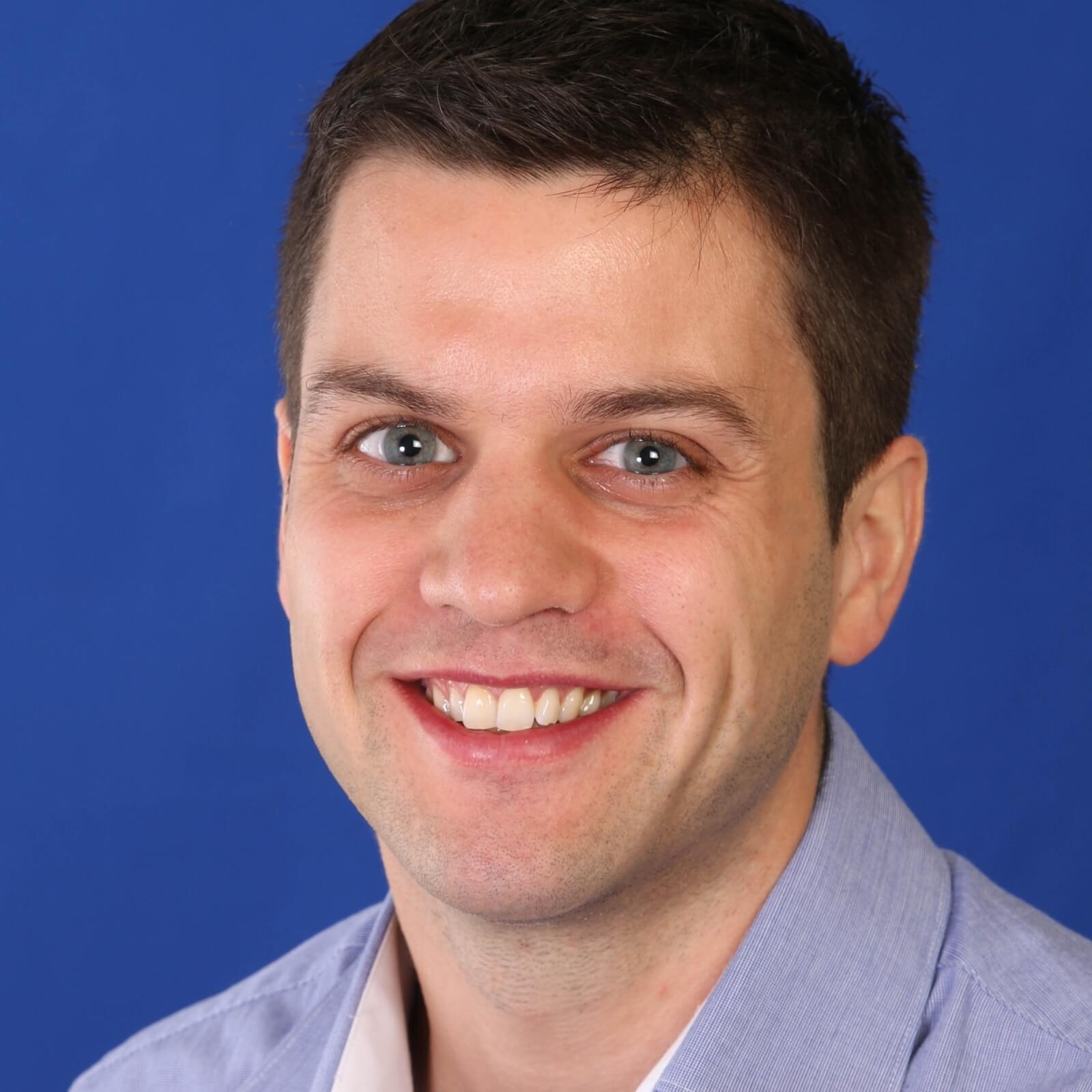