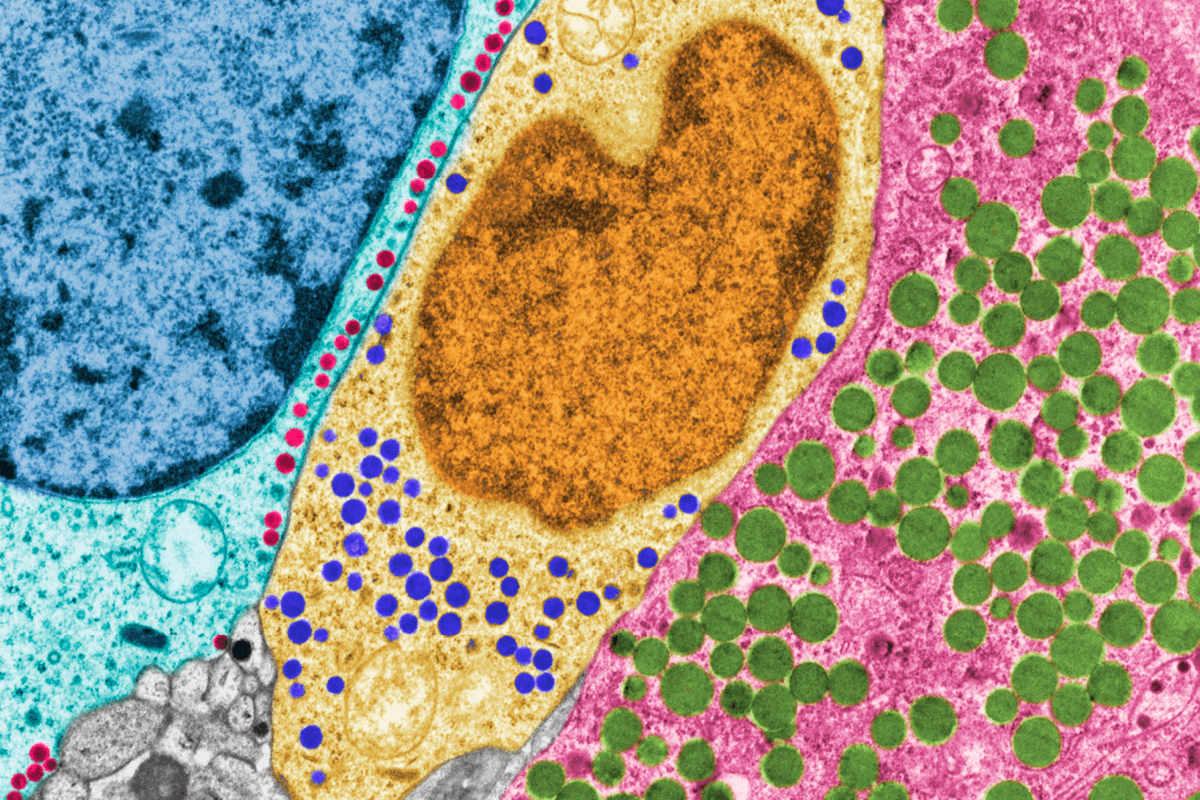 Somatostatin is a hormone that inhibits the release of other hormones involved in the regulation of important physiological functions of the gastrointestinal tract. Somatostatin analogues like octreotide, lanreotide and pasireotide are synthetic versions of somatostatin optimized for an effective therapeutic use. They often require complex injectable formulations for a convenient long acting application and non-parenteral formulations that could significantly improve the treatment especially in juveniles are in development.

For decades, somatostatin-related drugs have been of interest in the areas of endocrinology and oncology. Somatostatin was initially viewed as an attractive candidate for the treatment of cancer due to its ability to block hormone release and cell growth after binding to its receptors; however, the native somatostatin peptide exhibited disadvantages such as a short half-life and rebound hypersecretion upon discontinuation. To overcome these obstacles, the design of somatostatin analogues (SSAs) with longer half-lives and improved pharmacologic efficacy have continued to be a focus of drug development1Wolin E, Gastrointest. Cancer Res. 5, 161–168 (2012). The U.S. Food and Drug Administration (FDA) approved Octreotide (Sandostatin®), the first SSA to reach approval, in 1988. The drug is available in its conventional form and as a modified long-acting-release (LAR) formulation known as Sandostatin LAR®. The FDA approved pasireotide (Signifor®) for the treatment of Cushing’s disease in 2012 and lanreotide (Somatuline®) for the treatment of acromegaly in 2007 and for the treatment of neuroendocrine tumors in 2014. More recently, the FDA approved Advanced Accelerator Applications’ Lutathera®, a Lu-177-labeled SSA for the treatment of patients with somatostatin receptor—positive gastroenteropancreatic neuroendocrine tumors was approved in 2018. The FDA approved the first oral SSA for acromegaly, Chiasma’s octreotide (Mycapssa®), in 20202Medtrack (2021).

There are several innovator drug candidates including New Molecular Entities (NMEs) and new dosage forms or formulations (non-NMEs) that are somatostatin-related peptides in various phases of clinical development as shown in Table 1. 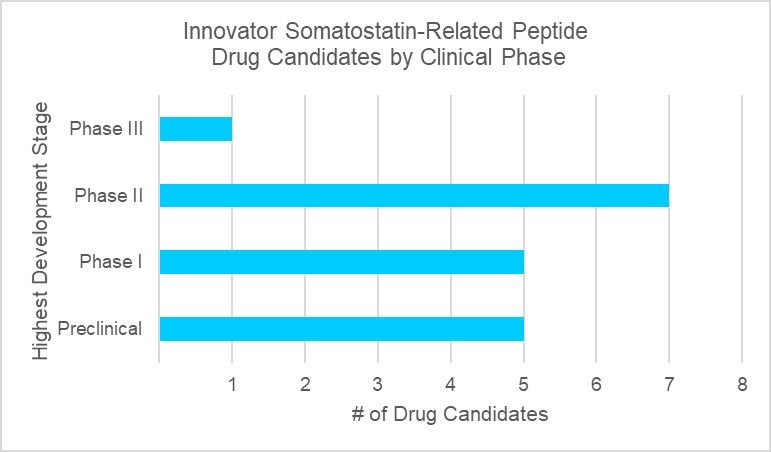 The top therapy areas for innovator somatostatin-related peptide drugs are hormonal disorders and oncology as shown in Table 2. A handful are in development for metabolic disorders, toxicology and other applications.

In our previous article on “What are somatostatin and somatostatin analogues?” we described the development of new formulations for these drugs and that the quality of the API is of utmost importance. At Bachem we have the experience with these complex compounds that allow us to deliver them with consistently high specifications.

Furthermore, the development of a better delivery system to allow an easier injection of the drug by the medical staff to the patient represents a great opportunity to make a change in the patient experience. In addition to its innovative formulation as self-assembly peptide, a new syringe for Somatuline® was developed in collaboration with patients, caregivers and healthcare professionals. The purpose of this collaboration was to ensure that the new system of delivery met their needs. The Somatuline® new syringe is more ergonomic and user-friendly than the previous delivery system3Adelman DT, et al. Adv. Ther. 36, 3409–3423 (2019) and it can be used effectively and safely. Fast administration and confidence that the syringe would not be clogged were the attributes with the greatest differences in performance. Somatuline®’s formulation and method of delivery provide the potential to improve quality of life and tumor management in patients.

SSA hold promise for the treatment of cancers, acromegaly and other conditions. To support companies and organizations developing somatostatin-related drugs, Bachem offers generic APIs such as octreotide, lanreotide, pasireotide, somatostatin and the production of peptide-based new chemical entities. In addition, Bachem offers a selection of over 40 somatostatin peptides and analogues for research at shop.bachem.com.