The Corporate Executive Committee is responsible for managing Bachem worldwide and for implementing policies and strategies as defined by the Board of Directors.

Thomas Meier joined Bachem AG in 1993 as Team Head, Active Pharmaceutical Ingredients. From 2001 to 2004, he headed up peptide manufacturing at Peninsula Laboratories, Inc. in San Carlos, California. Upon his return to Switzerland, he was in charge of solid-phase peptide manufacturing for Bachem AG in Bubendorf. He assumed overall responsibility for production at the Bubendorf site in 2013, and was appointed COO Europe in August 2017, with responsibility for all production sites in Switzerland, Germany, and the UK. He was appointed COO of the Bachem Group and member of the Corporate Executive Committee in 2019. Since January 1, 2020 Thomas Meier is CEO of the Bachem Group and Chairman of the Corporate Executive Committee.
After an apprenticeship as chemical laboratory technician at the ETH in Zurich, Thomas Meier obtained a degree in chemistry from the ZHAW School of Engineering. He obtained in parallel a degree as Industrial Engineer STA (Swiss Technical Association) and completed the Advanced Management Programme at INSEAD Business School, Fontainebleau/Paris. 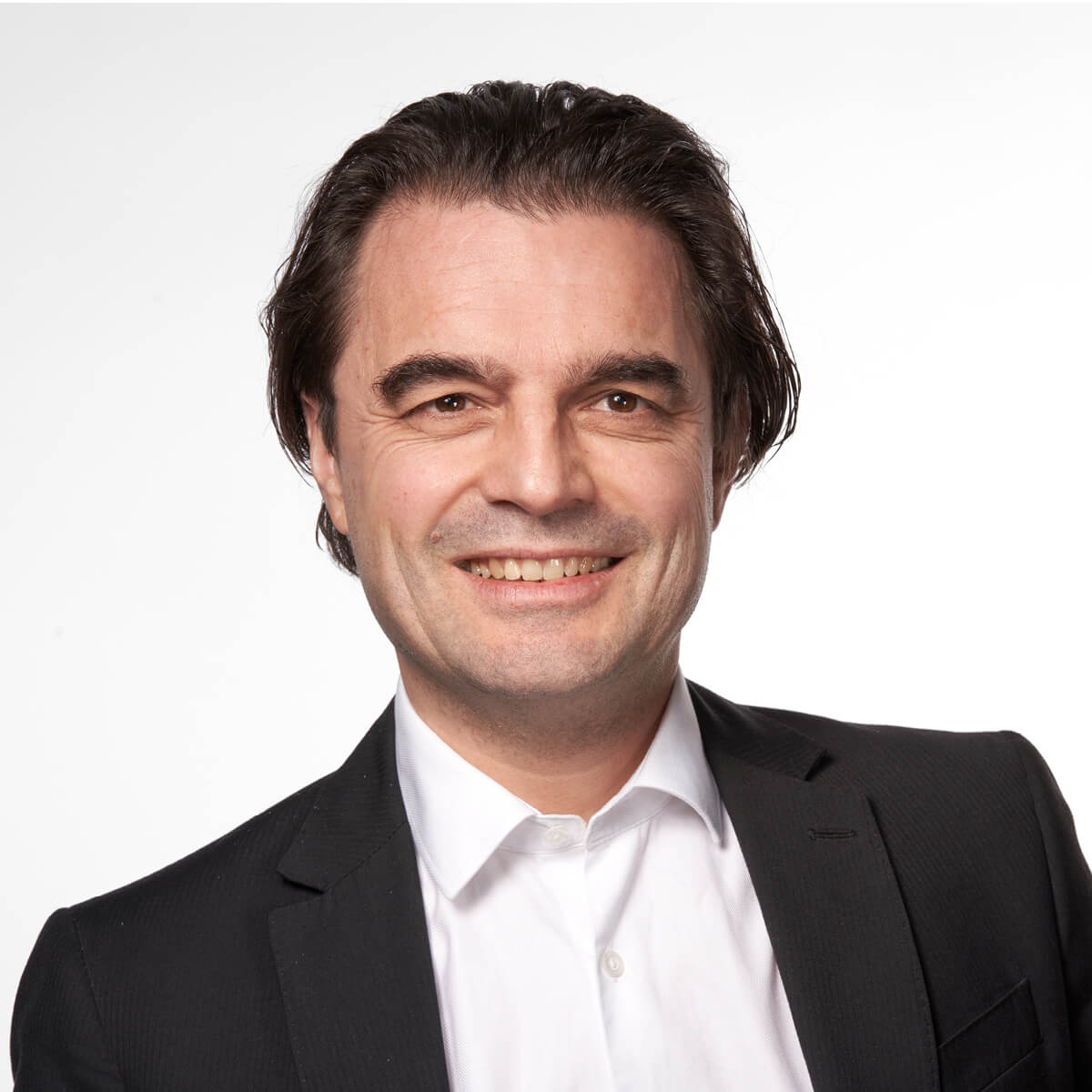 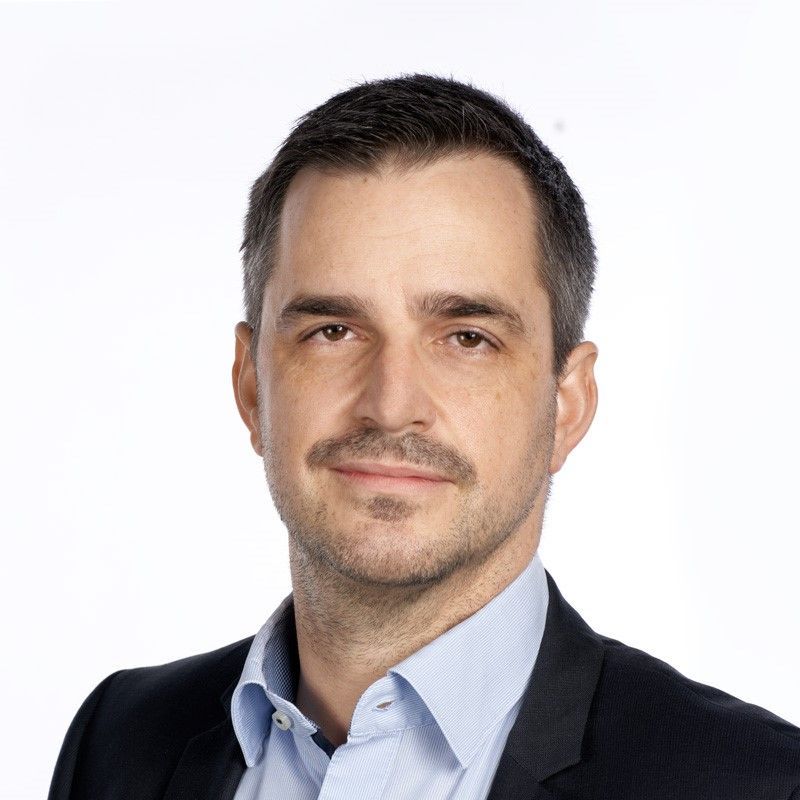 Alain Schaffter started his career as an auditor at PricewaterhouseCoopers. In 2010, he moved into the pharmaceutical industry and became Head Group Finance of the listed Acino Group before joining Polyphor, a Basel-based biotech company, as CFO in 2016.

In early 2018, he started to work as a consultant for several companies in the Life Science Industry, supporting them in specific projects like Reporting, IFRS conversion or IPO preparation before he became Head Special Finance Projects at Solvias AG in August 2018. There he ran and coordinated the due diligence and deal related activities for the sale of Solvias Group to two Healthcare Investors, including process optimization in the areas of Accounting, Tax and Reporting. After completion of the transaction in June 2020, Alain Schaffter assumed, in addition to his existing role, the role as Head Finance M&A but also as CFO on an ad interim basis.

He served also as a Member of Group Executive Committees and held various mandates as Chairman of the Board of Trustees and as a member of the Board of Directors, of the Management Board and of the Audit Committee at subsidiaries worldwide.

Alain Schaffter holds a degree as a Swiss certified public accountant as well as a Federal certificate of higher vocational education and training for fiduciaries.

Guenther Loidl joined Bachem in 2000. He held several functions in Research and Development (R&D) and Active Pharmaceutical Ingredient Manufacturing and became Vice President R&D in 2012. Since 2015, he is CTO of the Bachem Group and a member of the Corporate Executive Committee.

He studied chemistry in Regensburg (Germany) and Leeds (UK) and obtained his doctorate under the supervision of Prof. Dr. Luis Moroder at the Max Planck Institute of Biochemistry in Martinsried (Germany).

He drives building the oligonucleotide business segment and is leading the Bachem innovation initiative. 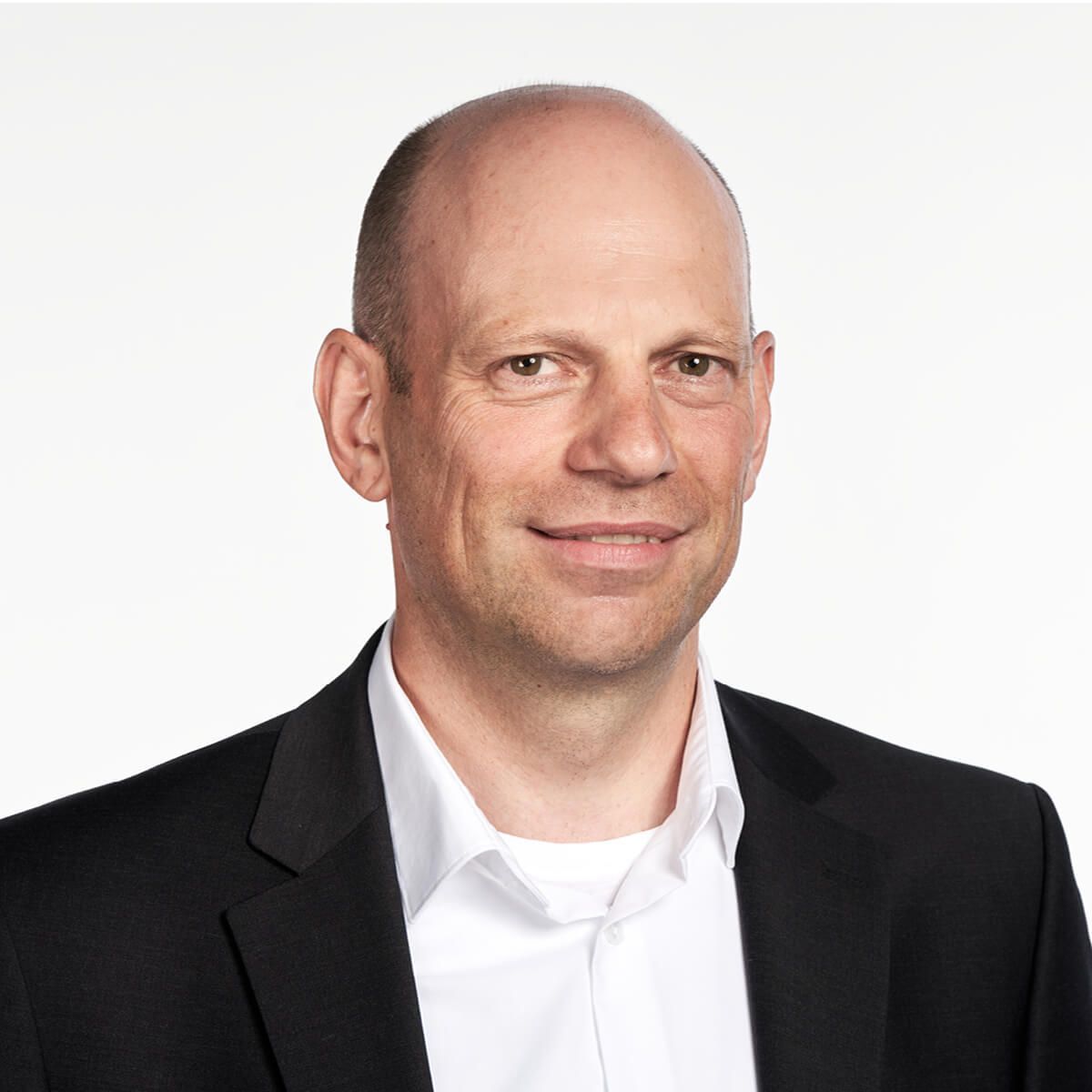 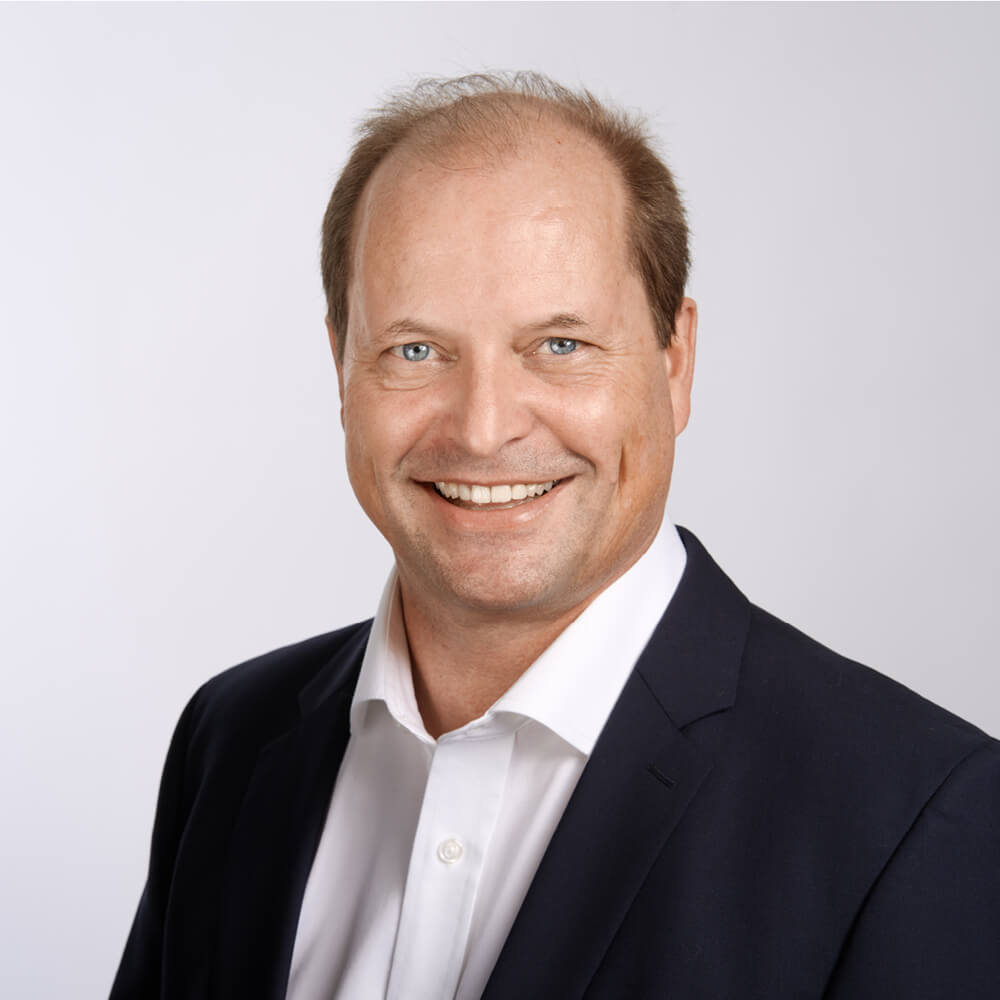 Torsten Wöhr joined Bachem in 2017 as Sales Director for the generic API business and has led Bachem’s oligonucleotide program since 2019.

Previously he held commercial leadership roles in various pharmaceutical manufacturing and life sciences companies in the United States and Europe.

He studied biochemistry & molecular biology at the Swiss Federal Institute of Technology (ETH) Zurich and holds a doctorate in bioorganic chemistry from the University of Lausanne/EPFL and a postgraduate degree in Industrial Engineering and Management, ETH Zurich.

Roland Schürmann joined Bachem Americas, Inc. in Torrance, California in 2016. He was first Vice President Manufacturing and became Site Manager Torrance in May 2017. Roland Schürmann was appointed COO of the Bachem Group and member of the Corporate Executive Committee effective July 1, 2020. After completing his education, he worked as a chemical laboratory technician at Ciba-Geigy AG and as a production chemist at F. Hoffmann-La Roche Ltd from 1984 to 1997. After holding various management positions at Siegfried AG in Zofingen, Switzerland, Roland Schürmann became Head of Chemical Production in 2004. Parallel to working, he was a senior lecturer for Chemical Technology from 1999 to 2015 at the vocational college in Aarau.

Roland Schürmann has a university of applied sciences degree in chemistry from the School of Engineering Burgdorf and is currently completing the Advanced Management Program at INSEAD Business School, Fontainebleau/Paris. 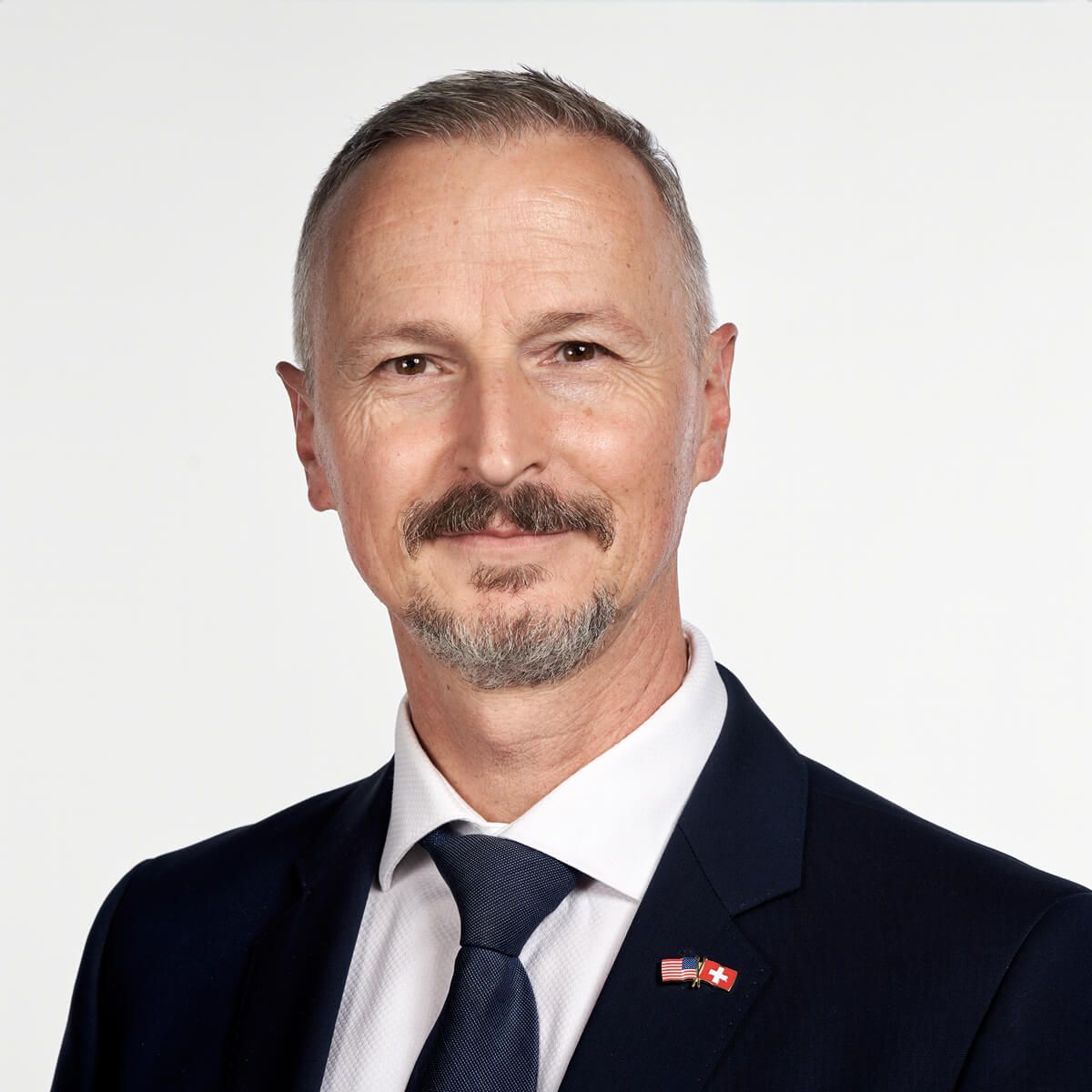 The Board of Directors are responsible for defining Bachem’s corporate strategy and are elected by the company shareholders.

Our passionate and dedicated employees, along with our unique corporate culture are the foundation of our success.