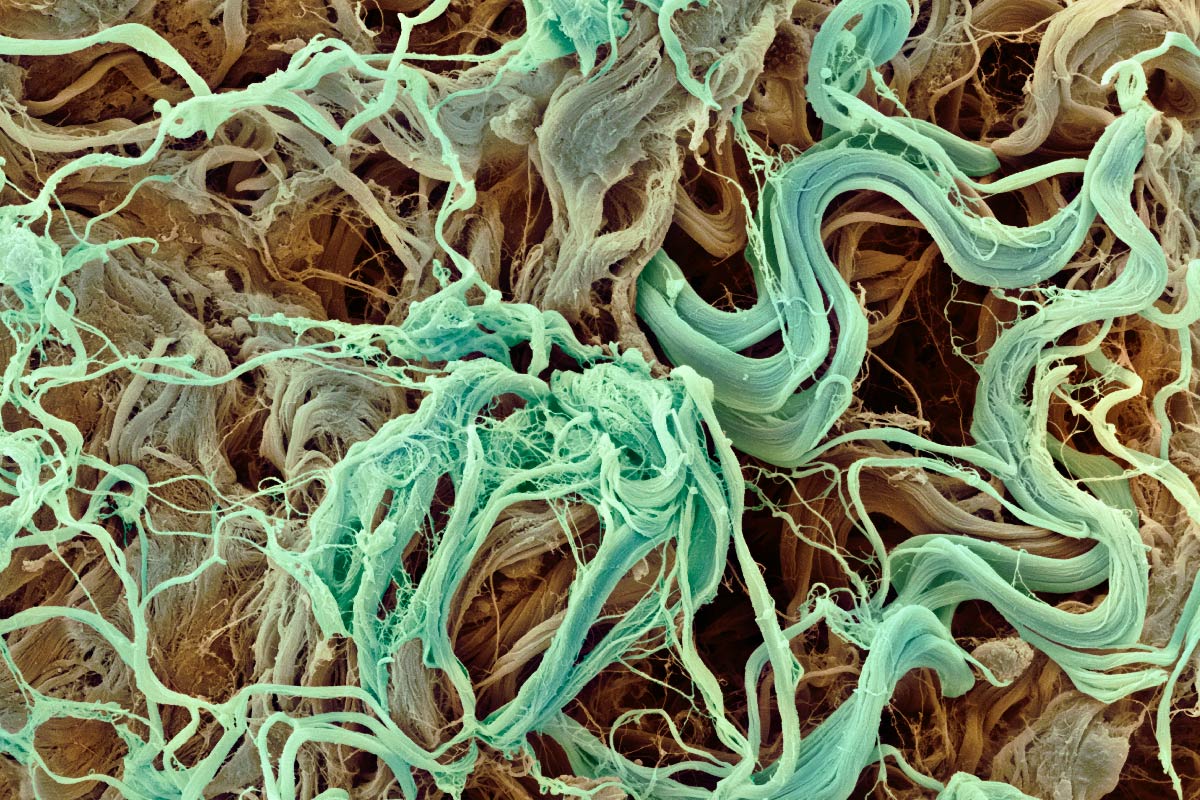 Peptides are chains of 2 to about 100 amino acids. They are linked together by an amide bond and can be found in any combination. The number of possible combinations is virtually infinite, and the amino acids may be repeated in any frequency, even with short peptides. For example, in a peptide with 10 amino acids (decapeptide), approx. 3.6 million different combinations!

The name usage typically depends on the length

Short peptides are named as followed

Furthermore, peptides can be straight, linear, cyclic, folded depending on the specific peptide. However, these chains of amino acids can be longer and in that case they are called proteins.

What’s the difference between peptide and protein?

The short answer is the “size”. Chemically, peptides and proteins are the same molecules. Peptides in principle are small proteins. Proteins are macromolecules, i.e. long molecules made from small subunits. And as peptides, they are composed of the 20 proteinogenic amino acids.

In addition to the length, peptides tend to be less well defined in structure than proteins, which can adopt complex conformations known as secondary, tertiary, and quaternary structures. Sharing the same structural principle, peptides and proteins have a huge variety of functions (see Table 1).

Table 1 – Endogenous proteins and their functions

What makes this variety possible?

Through variation in the amino acid building blocks and in length, macromolecules can be “constructed” with the most diverse properties imaginable. Modification of proteins and peptides in the body after ribosomal synthesis, the so called post-translational modification (PTM), adds even more variety, and increases the functional diversity of the proteome, the latter describing all proteins and peptides existing in an organism, a cell or tissue at the same time.

PTM includes addition of different chemical groups such as phosphorylation, glycosylation, methylation, and acetylation as well as enzymatic cleavage, so called “processing”, into pre-defined, shorter protein or peptide fragments in order to obtain their full functionality. PTMs impact almost all physiological processes and in consequence, are involved in many human diseases.

Peptides have innumerable functions throughout the body!

Within the body, hormones and neuropeptides trigger different biological processes. Hormones are messenger molecules that are secreted directly into the blood, which carries them to organs and tissues of the body to exert their functions.

Indeed, the majority of our hormones are peptides of varying length. They reach from very small peptides with 3 amino acids such as TRH (thyrotropin-releasing hormone) (Scheme 1) up to large ones with 84 amino acids, such as pTH (parathyroid hormone), the latter almost being small proteins. 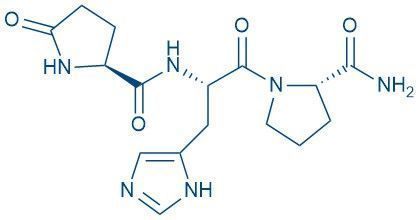 The variety of functions triggered by hormones and neuropeptides is enormous, and only a small number of examples can be mentioned here: Oxytocin is a peptide hormone and neuropeptide of 9 amino acids. It plays a role in social bonding, reproduction, childbirth, and the period after childbirth. LHRH (also known as GnRH, gonadotropin-releasing hormone) is a peptide comprising 10 amino acids, which causes the pituitary gland in the brain to make and secrete the hormones luteinizing hormone (LH) and follicle-stimulating hormone (FSH). Calcitonin, which helps to regulate levels of calcium and phosphate in the blood, consists of 32 amino acids. Insulin consists of 2 chains of peptides, one composed of 30 amino acids and one of 21 that are linked to each other via disulfide bridges. It regulates the metabolism of carbohydrates, fats and protein by promoting the absorption of glucose from the blood into liver, fat and skeletal muscle cells. And there are many more!

Even dipeptides can be biologically active: Leu-Trp and some other dipeptides lower blood pressure. Acetyl-Asp-Glu (NAAG) is an important neurotransmitter, a substance that mediates the transmission of signals between nerve cells. 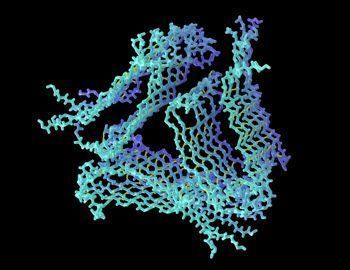 Apart from hormones and neuropeptides, there are countless peptides with other important functions in the body, many of them closely related to a number of severe diseases. An example are neurodegenerative diseases: Amyloid beta consists in its mature form of 36 to 43 amino acids and is the main component of the amyloid plaques (Picture 1) found in the brains of people with Alzheimer’s disease. Alpha-Synuclein is a protein abundant in neurons and represents the principal constituent of the main neuropathological characteristic of Parkinson’s disease, and other related conditions known as synucleinopathies.  Synucleins are under investigation in order to find a treatment for Parkinson’s disease.

Peptides and proteins have significantly gained pharmaceutical importance because they often mimic exactly the behavior of a natural ligand, the molecule that interacts with the receptor on a cell, or, acts as a substrate or inhibitor of an enzyme to cause a biological process. Peptide or protein drugs have the potential to be more precisely targeted, with fewer side effects than small-molecule drugs. Furthermore, peptides can be modified in their properties, in order to further improve their therapeutic efficacy.

Throughout more than 50 years of experience, Bachem has become the leader in peptide manufacturing. With our strong expertise, we offer a large selection of peptides for research in our online shop and we support our partners in their peptide drug development. We work with passion and dedication to support our customers in achieving breakthrough medical advances that will significantly improve the life of patients.

In addition to our own innovations, we are proud to present recent forthcomings in peptide synthesis. Please watch our recent webinar video about Chemo Enzymatic Protein Synthesis (CEPS), improving the synthetic access to specific large linear or difficult cyclic peptides.

← Bachem celebrates the hire of its 1000th employee at the Bubendorf site Interview with Robert Yu, CEO of Yuyu Pharma →