MEET US AT THE 7TH INDIAN PEPTIDE SYMPOSIUM 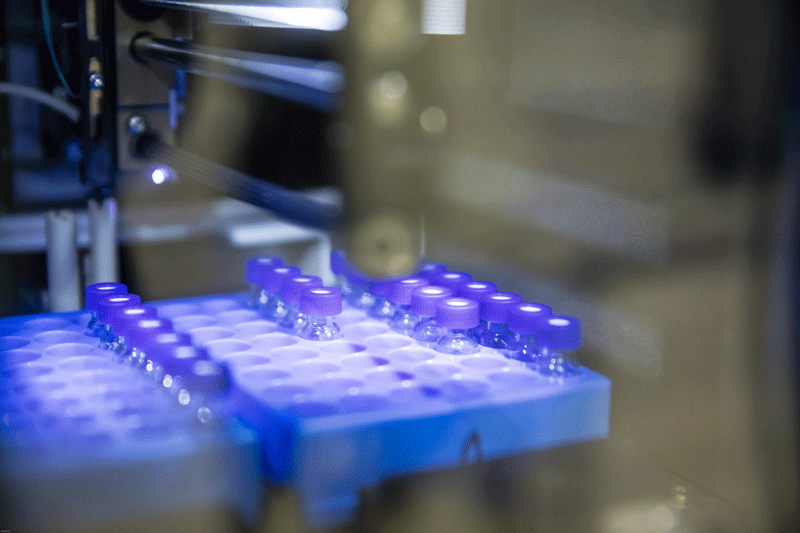 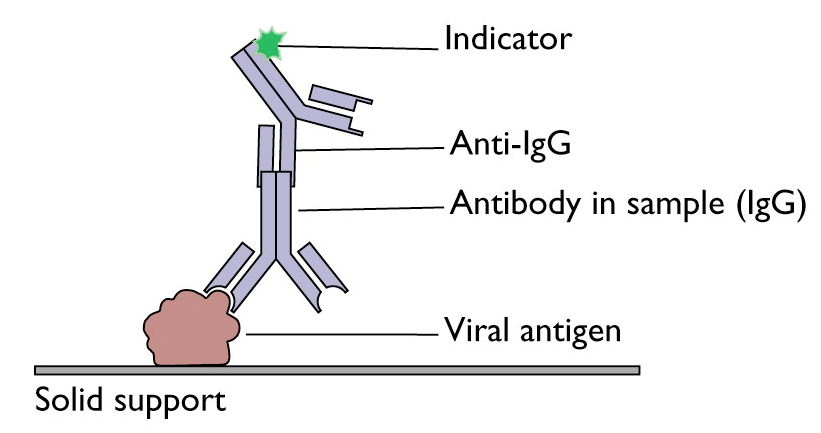 Usually the plates can afterwards be washed with a washing solution, which removes the antibodies (e.g. containing 2-mercaptoethanol), allowing the same plate to be used several times.

This methodology has been known since the 1970s. However, developments of the last 20 years have enabled a much faster discovery of new potentially useful epitopes, such as:

The large amount of epitope data, which is available nowadays, requires fast and efficient approaches to find the best candidates.

One way to determine which part of a pathogen sequence binds to a specific antibody is to test a set of short (10-18 AAs) overlapping peptide sequences for binding to the antibody. This method allows the detection of linear antibody binding epitopes. For complex pathogens, this of course requires a very large library of synthetic peptides, which is why in these cases bioinformatics tools are used to determine epitope regions of interest.

The use of short peptide sequences offers the advantage of easier synthetic access but does unfortunately come with drawbacks. Many epitopes are either non-linear or influenced by the three-dimensional confirmation of the peptide chain. In this case, it might be possible to detect binding epitopes using longer peptides (up to 30 AAs) for the screening or again by using bioinformatics tools.

The challenge in designing diagnostic peptides is that one needs to find sequences that not only bind strongly to the antibody of interest (high sensitivity), but also only to this antibody (high selectivity). Binding to other antibodies will lead to cross-reactivity, which in turn leads to false positive results and potentially treatment of the wrong disease. Another example of problematic interference is the detection of tuberculosis (TB) antibodies in patients who are also HIV positive. Due to the alteration of the normal host immune response in persons infected with HIV, antibody tests for TB can return false negative results, since the B-cell relevant B-cell epitopes differ in comparison to HIV negative patients. This leads to a potentially deadly delay in treatment and the risk of infection of other patients. The case of TB in conjunction with HIV is especially problematic since in low-income countries both diseases are prevalent.

It is therefore necessary to check candidate sequences against such cross-reactivity to ensure the accuracy of the test even in case of multiple simultaneous diseases. This is another area where bioinformatics plays an increasingly important role. With a given sequence and epitope databases such as the IEDB algorithms can predict antibodies with the potential of cross-reactivity with this sequence, which can then be tested by an ELISA.

Despite all these obstacles, antibody detection has emerged as an important diagnostic tool. Examples of successfully established procedures are the rapid plasma reagin test (RDR) for syphilis as well as the rapid HIV-test. Both tests do however require follow-up tests for confirmation in the case of positive results.

An important factor for the reproducibility of antibody detection tests is the purity of the peptide that is used. Synthetic peptides are at an advantage in this regard compared to natural or recombinant biomolecules/pathogens, which can also be used to detect antibodies. Synthetic peptides can be produced in a highly reproducible manner, which is crucial for the commercialization of a diagnostic method using peptides. Bachem offers a custom synthesis service, which is ideally suited for our partners in the diagnostic business.

Our Center of Excellence for Custom Synthesis in St. Helens (UK) is certified according to ISO 13485 for the manufacture of peptides as raw materials for medical devices. It offers a state of the art quality control system as well as additional services such as dedicated equipment and change control.

Clinical imaging aims to improve the diagnosis, prognosis and treatment of patients. New optical medical imaging technologies offer highly sensitive, non-invasive methods for the real-time visualization and monitoring of biological processes at a molecular level. In particular, fluorescently labeled peptides have become attractive tools for image-guided surgery and diagnostics in cancer and other disease areas. Fluorescent peptide-based probes are designed with a sequence that is able to bind selectively or become modified by the molecular target that is overexpressed at the disease site. There are several peptides in clinical development for use in diagnostics and imaging including those shown in Table 1.

Blaze Bioscience is developing BLZ-100, a tumor paint, for use in cancer surgery. BLZ-100 consists of a probe derived from chlorotoxin, which has the ability to bind selectively to several types of cancer cells and a fluorescent dye which emits light in the near-infrared range. This specialized imaging technology allows surgeons to distinguish between tumor and normal tissue during surgery. BLZ-100 is currently in a Phase II/III study in pediatric patients with central nervous system (CNS) tumors undergoing surgery (1).

Avelas Biosciences is developing AVB620 as an in vivo surgical diagnostic agent for breast cancer. AVB620 is a fluorescent protease-activated peptide that detects, marks and diagnoses cancer. AVB620 is administered before surgery and imaging is performed with a fluorescence imaging camera. The technology is designed to enable surgeons to identify critical cancer margins and stage lymph nodes. In June 2017, Avelas initiated a Phase II study of AVB620 in breast cancer (2).

Lumicell is developing an imaging system to guide surgical removal of cancerous tissue. The system utilizes LUM015, a cathepsin-activatable fluorescent probe. The probe consists of the Cy5 fluorophore linked via a pan-cathepsin protease cleavable peptide, to a fluorescent quencher. The peptide is cleaved by cathepsins overexpressed by tumor cells, which releases the quencher and activates the fluorophore (4). The company has completed a Phase I trial of LUM015 in breast cancer and sarcoma. LUM015 is currently in a Phase II trial for the detection of gastrointestinal cancers (5).

Researchers at the University of Edinburgh are developing Neutrophil Activation Probe (NAP) to detect activated neutrophils in real-time in the alveolar region of patients. NAP is a dendrimeric compound that is delivered to the alveolar region of a patient in microdoses (≤100 micrograms). It becomes fluorescent only on contact with activated neutrophils and can be detected by optical endomicroscopy. NAP is currently undergoing a clinical study in Adult Respiratory Distress Syndrome (ARDS) in intensive care (3).

Researchers at University of Edinburgh are also developing a peptide-based matrix metalloproteinase (MMP) probe, called FIB ONE, for the detection of fibrosis in the lung. This probe consists of a fluorophore linked to a quencher by a peptide sequence that is selectively cleavable by one or more MMP. FIB ONE is currently in a Phase I study to assess whether the imaging probe can detect fibrotic activity in the lung (6).

Novel peptide-based probes are playing a key part in the development of diagnostic and imaging tools for applications in cancer and other diseases. To support the development of peptide-based probes for research and clinical applications, Bachem provides a one-stop shop for the labeling of peptides. In addition, Bachem offers a comprehensive custom peptide synthesis service and the production of New Chemical Entities.

(6) Imaging FIB ONE in the Human Lung Using Endomicroscopy (FIB ONE). ClinicalTrials.gov (2015)

I work as Sales Manager Generics at Bachem.

I am working at Bachem since August 2018. Previously I was a Pioneer Fellow at ETH Zurich and worked as an entrepreneur towards building a start-up on cancer immunotherapy.

I have a BSc and MSc in organic chemistry, and in 2017 I completed my doctoral studies in peptide and protein chemistry at the ETH Zurich.

I like the fact that every day is different. I enjoy its dynamics and the interactive exchanges. I love the combination between science, technical background and business. My job covers so many aspects and includes internal communication within different departments as well as external communication to the customers.

I love traveling and nature. I enjoy hiking during the summer and outdoor activities and sports.

Thank you very much Claudia. 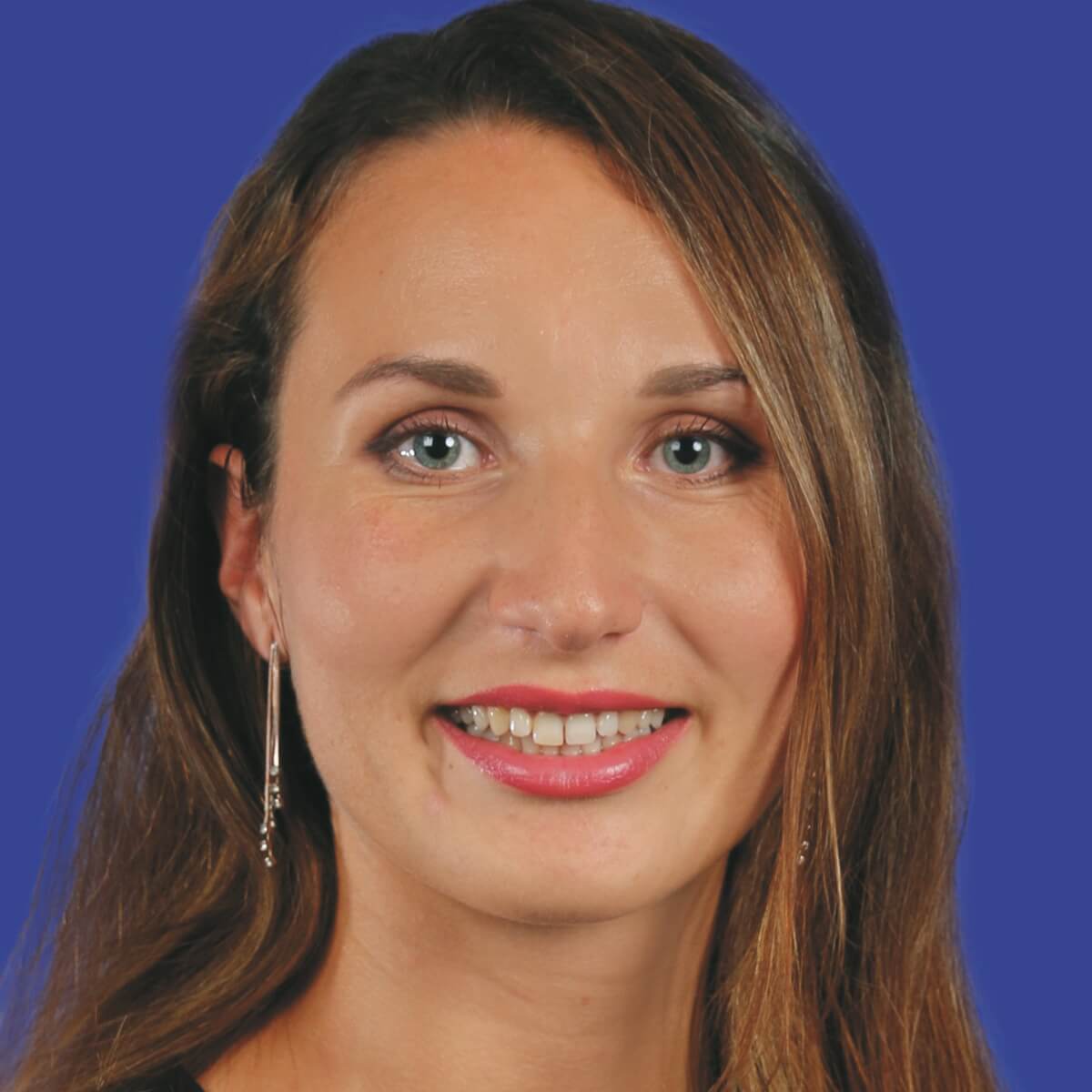